Earlier this year there were only records of this rare disease in the reefs of northern Quintana Roo. However, following recent expeditions, it was found that the so-called “white syndrome” has already infected the corals of Yucatan and Belize.

The new sites affected are Alacranes Reef National Park in Yucatan, Banco Chinchorro in southern Quintana Roo, and the coasts of Belize.

In Chinchorro, it was only detected on June 23. In Alacranes it was two weeks earlier. “These were our conservation strongholds, they were well maintained, they were not infected. It’s sad,” lamented Cristopher González Baca, head of the Regional Directorate of the Yucatán Peninsula and Mexican Caribbean of the National Commission of Protected Natural Areas (CONANP).

According to the official, Alacranes Reef has a medium to high level of affectation.

A similar situation is occurring in Belize.
“In October 2018 I was in Belize to inspect its corals and then we found nothing. But my colleagues there have just told me that they have already found the syndrome,” confirmed María del Carmen García Rivas, director of the Arrecife National Park in Puerto Morelos, one of the municipalities most affected by the rare disease. 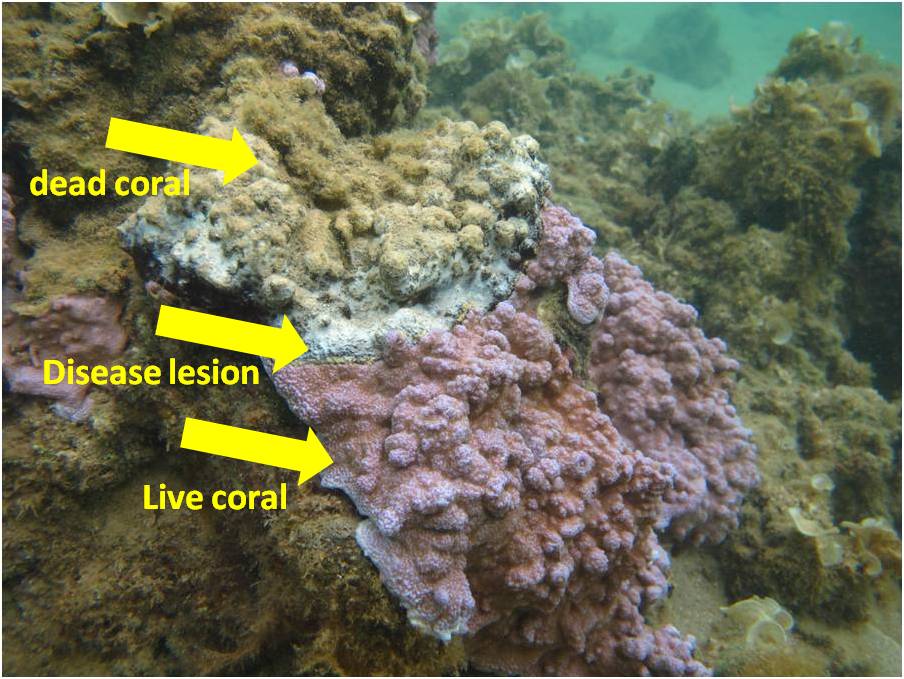 What is the “white syndrome”?
In May 2018, for the first time in Mexico, small white spots were identified splashing on the corals. After studies, it was determined to be an unusual disease in Mexico. In less than a year, it killed more than 30% of the corals in the Mesoamerican Reef System: a habitat for more than 100,000 species.

As it is an unprecedented phenomenon in Mexico, recent and little studied, the causes have not yet been found, says María del Carmen García. But there are two signs: 40 years of dumping wastewater into the sea and the massive arrival of sargasso in recent years.

Once the corals acquire the disease, their tissue detaches to the point of leaving them naked, in the pure skeleton, and they die in a matter of weeks. At least in Puerto Morelos, which is the study area of the National Autonomous University of Mexico (UNAM), practically all the corals, which are habitats for different species, died. “In Puerto Morelos, in an area studied by UNAM, 85% of coral colonies are affected” in certain areas, she warned.

In addition, the toxic substances emanating from the sargasso generate conditions of little oxygen and, without it, the corals or any living organism die. Finally, the shadowing of the “sargasso islands” prevents the passage of light, which stresses the corals: another cause of death.

Corals White syndrome
The massive sargasso landing recorded in recent years would cause damage to the corals. The presence of twill in the seas generates nutrients that change the chemical composition of the water, a process known as eutrophication, which accelerates the death of the corals.

With more nutrients, says Rosa Rodríguez, a researcher at the Institute of Marine Sciences and Limnology at the National Autonomous University of Mexico, algae – including sargasso – are encouraged to reproduce faster and cover the reefs. “What is going to happen, not now, but in the future is that we´ll have algae reefs instead of corals,” she said.