Why Mexico is still a safe haven for torrents?

Despite all the condemnation from media producers, torrents still exist. Users continue sharing movies, music, and software via P2P sites. The legal status of such platforms varies from country to country, but Mexico remains one of the few free zones, along with the Netherlands. Why is it so?

There are numerous torrent trackers available online. Some are more successful than others at staying afloat. For instance, the kickass torrent has undergone shutdowns in several countries, but may still be accessed. Some sites are geoblocked by governments, which can be circumvented with a VPN. Users in Mexico, however, enjoy the freedom of file sharing with a few caveats.

Mexican laws
Modern technology has boosted human productivity overall, transferring numerous services to the internet. However, the progress has its downsides, such as leaking of content online. In Mexico, there are simply no working laws that would prohibit torrent trackers. You could download anything using a torrent site and get away with it.

Some regulations do exist, but they lack clarity and are simply not respected enough. Non-commercial forms of file sharing still have not been addressed by legislators directly. Despite some initiatives concerning stricter penalties for unauthorized file sharing, it is only rhetoric.

According to some research findings, torrents are a source of music files for an overwhelming majority of Mexican residents (up to 90%). The trend is perfectly logical considering the minuscule share of authorized music distribution services in the country. When there are few legal ways to access music, peer-to-peer networks save the day. Increasing broadband and the presence of internet cafes have contributed to the rise in such downloads.

Piracy
Rampant music piracy is a predictable outcome, and its scale is shocking. A local anti-piracy company reports that almost everyone – 97% of the country’s population – admits consuming music illicitly, with half of them using stream-ripping. Therefore, in terms of piracy, Mexico is high on the list, which triggers harsh criticism from the United States.

Multiple USTR reports have highlighted low progress in enforcement. According to the American Chamber of Commerce, 80% of Mexicans who download pirated content consider it a minor offense. The entertainment industry incurs significant losses. According to the International Trade Administration of the U.S. Department of Commerce, the country is the second biggest foreign source of illegal camcords. 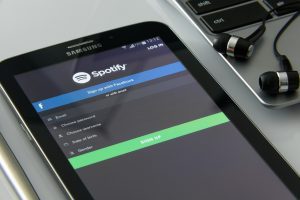 A different view
However, not all American companies are outraged. Spotify, which entered the Mexican market in 2013, is not angered by the soaring piracy rates. The company is extremely happy with Mexico-based customers. It has even dubbed Mexico the “streaming music capital” of the world. The city has more Spotify users than New York or any other megalopolis.

Hence, torrent sites, which reflect the modern nature of easily sharable content, still exist and thrive. In Mexico, like the rest of the world, the digital revolution has transformed the human perception of numerous life dimensions, from personal relationships to learning to shop and entertainment. Whether restrictions will be introduced, is still unclear.