What caused the recent epic hailstorm in Mexico?

“The shocking hailstorm that produced scenes of Christmas in July in Guadalajara and San Miguel de Allende four days ago are a clear sign that “climate change is real”, this was a statement made by Enrique Alfaro, state governor of Jalisco.

But according to accuweather.com expert and Senior Meteorologist Rob Miller, this was actually not so shocking nor proof of anything other than weather doing its thing. And they added that this phenomenom could happen in the United States just as easily – and already has in the past.

“Yes, that was a freak storm in Guadalajara and SMA, but it’s nothing really unheard of,” said AccuWeather Senior Meteorologist Rob Miller. “It could happen in Denver, St. Louis, Chicago or anywhere else in the world.”

“You get the right circumstances, even this time of year – a little pool of cold air aloft and an upper-level low-pressure system – and you can get a massive hailstorm like that,” Miller said.

The rain and flash flooding that occurred during the Guadalajara thunderstorm likely carried the accumulated hail, causing it to build up into massive piles. The actual amount of hail was roughly 3 feet at its deepest point, according to Miller (some local media outlets in Guadalajara mentioned 5 feet though). 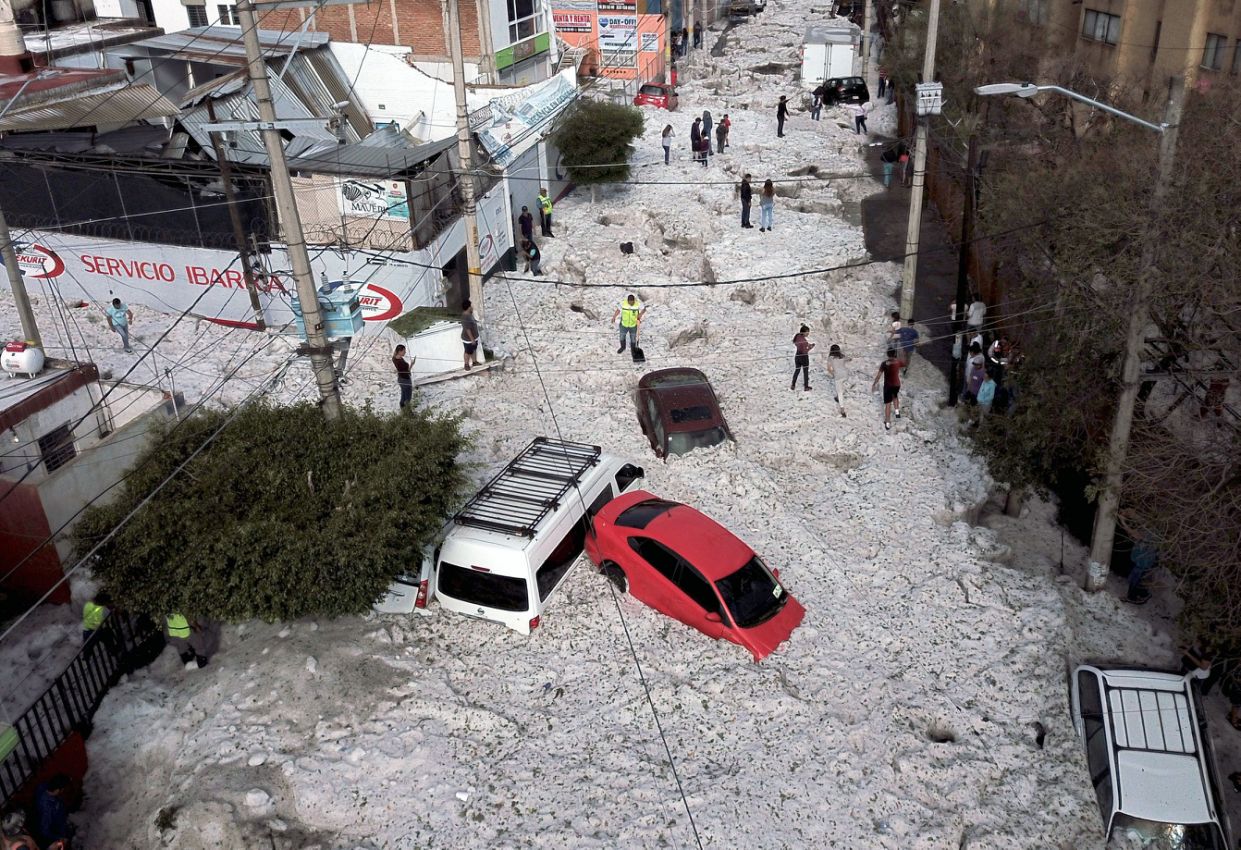 “Especially in high elevations, the thunderstorms in summer can tap into higher parts of the atmosphere, which are colder, and therefore you can get ice crystals,” Miller said.

“In order for hail to form, you need a strong enough updraft that can support more heavily weighted particles,” he said. “And the stronger the updraft, the larger hailstones can grow, and you have this cycle of the hail particles falling and rising back up all within the thunderstorm until the updraft can no longer sustain the hail and they fall down. Gravity always wins.”

The elevation of Guadalajara is about 5,100 feet, which is comparable to Denver, Colorado, with an elevation of 5,280 feet. Denver has had 84 reports of on-the-ground hail by trained spotters during the past 12 months.

Similar hailstorms have occurred both in Mexico in August of 2014 and in the Texas Panhandle in April of 2012, according to the Washington Post.

“A hailstorm would be more likely in higher-elevation places in the U.S., like Denver; Santa Fe, New Mexico; or Salt Lake City, Utah,” said Miller. “But if the right circumstances come together, it could happen anywhere.”