“Trump was not exonerated and he could be charged after leaving the presidency”. – Robert Mueller.

WASHINGTON D.C. (AFP/EFE) – The Russian plot investigator came forward to testify before Congress. The president considers that the investigation cleared him of all suspicion, but the opposition congressmen are looking for more details about a possible obstruction of justice. The White House said the day has been an “epic shame” for Democrats.

A marathon hearing takes place Wednesday in the U.S. Congress, where Robert Mueller, the special prosecutor who investigated the Russian plot, faces a barrage of questions to clarify whether or not President Donald Trump committed a crime. The prosecutor has not given greater tools to opponents seeking arguments to remove the president, but confirmed that charges could be brought against the president once he leaves the White House. 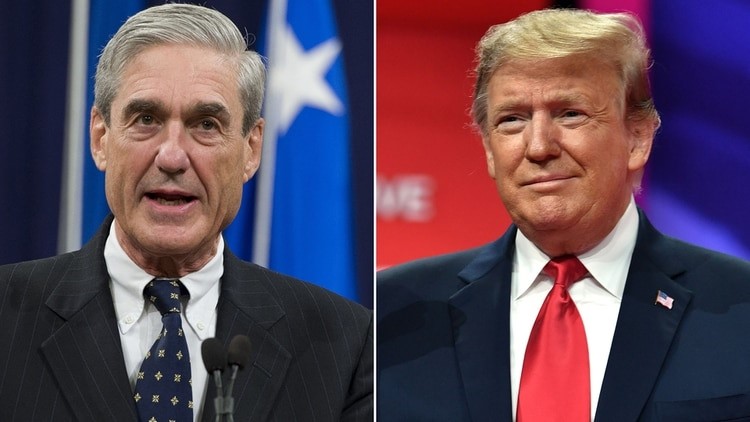 Three months after the release of the final report on the two-year investigation into the 2016 presidential election, much of the American public remains unclear about Mueller’s findings on whether Trump criminally obstructed justice and whether his campaign conspired with the Russians to harm his Democratic rival Hillary Clinton.

So, starting at 8:30 a.m. (local time, 12.30 GMT), legislators from two different committees of the Democrat-controlled House of Representatives are trying to get the former FBI director out of his legendary reserve.

In the first questions, he denied that he had “totally exonerated” the president, as the president has stated several times, and confirmed that if he had reached the conclusion that the situation warranted bringing charges against the leader of the White House, he would have been unable to do so. In addition, he responded that a president could be charged and prosecuted once he leaves office, on charges that would have a “substantial” time of conviction. Most comments in networks and chains highlighted that the comment came after a question from a Republican congressman, who unsuspectingly gave rise to, for now, the most notorious statement of the day.

Mueller began his presentation by clarifying that his testimony will be limited, since he cannot comment on issues that are still being investigated or facts prior to his appointment as special prosecutor, as well as comments on the controversial performance of Attorney General William Barr. In fact, more than 50 questions were dismissed under Mueller’s argument. Dozens of other questions were answered with “yes” or “no” monosyllables. 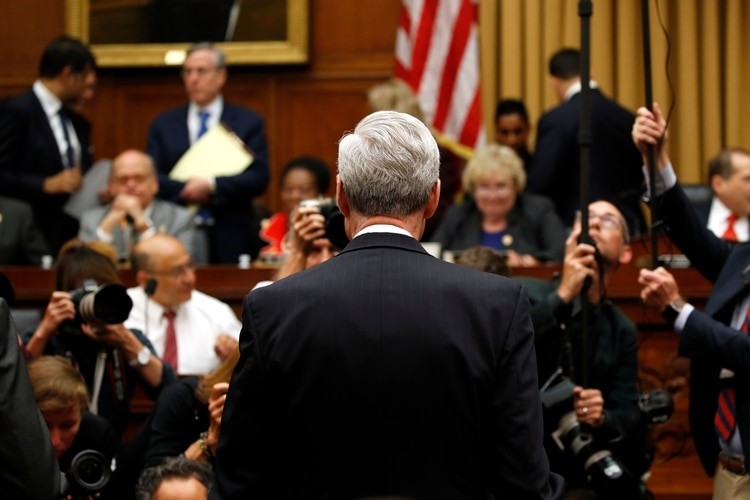 The Democrats’ goal is that, in front of dozens of television cameras, Mueller talks about Trump’s attempts to impede his investigation; and, in this way, they hope to influence the opinion of the Americans about the president, especially in view of the 2020 elections.

However, the prosecutor avoided answering whether the president’s actions constitute conduct that merits an impeachment process, since it is outside his duties.

Mueller, who has resisted testifying, goes little beyond the cryptic and strongly legalistic conclusions presented in his report, which allowed the president and his allies to assert that the investigation was a politically motivated “witch-hunt” without any substantial findings.

Trump, who had spoken out against the hearing, replied on Twitter to the opinions of conservative columnists who defend their work and criticize the prosecutor. Later, he wrote an ironic “thank you” to the Democrats for organizing the session. For its part, the White House, before the end of the statement, also considered that the day has been an “epic shame” for the Democrats.

I would like to thank the Democrats for holding this morning’s hearing. Now, after 3 hours, Robert Mueller has to subject himself to #ShiftySchiff – an Embarrassment to our Country!

In his report, Mueller detailed 10 cases in which Trump allegedly tried to obstruct the investigation. But he said he was prevented from recommending charges against Trump because the rules of the Department of Justice (the nation’s attorney general’s office) prohibited him from bringing criminal charges against a sitting president.

“Although the Department’s policy prevented him from pressing charges against the president, (Mueller) made it clear that he was not exonerated,” said Jerry Nadler, chairman of the House Judiciary Committee, at the beginning of the hearing.

For their part, the first Republicans to intervene sought some contradiction between their statements and criticized the “non-exoneration,” arguing that it is inappropriate to make such a comment and that it has no precedent under the principle of innocence.

The U.S. capital has been waiting for this appearance for weeks and some bars have already told their customers that they will be served alcoholic beverages from eight o’clock in the morning and have been encouraged to dress up or wear T-shirts with political messages.

Democrats want to take advantage of that impact and, especially, they want to force Mueller to answer a question he left on the air in his report: Do you think that if Trump were not president he could be charged with obstruction of justice? 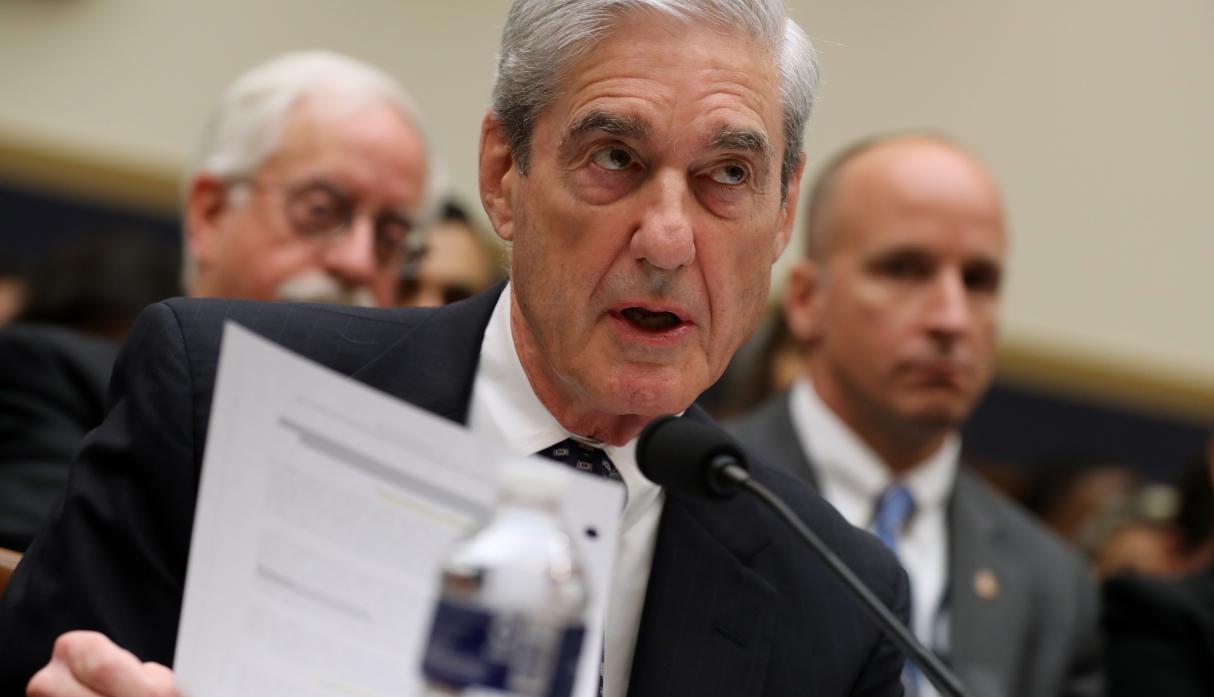 Collusion, Obstruction
On Tuesday, Democrats rehearsed their tactics for the hearings, both to find ways to make Mueller expand on his findings and to prevent Republicans on both committees from derailing the interrogation.

Mueller’s report documents extensive contacts between Trump’s campaign and the Russians, including attempts to cooperate or conspire, neither of which is a specific crime.

The situation was left to Congress to determine whether Trump committed a crime, and a minority of Democrats are pushing for the House of Representatives to initiate a process to remove the president. However, Republicans remain the majority in the Senate.

The report is my testimony
Mueller’s way of describing the obstructions could make his live testimony explosive, which could hurt Trump as his campaign for re-election next year heats up.

The hearings, which are expected to last six hours or more, will be broadcast live nationwide, allowing Americans to hear the man behind the long and contested investigation.

But Mueller, who has already been to Capitol Hill 88 times in his long career in government, is famous for saying as little as possible and has already pointed out that he does not want to expose the investigation, despite repeated attacks on his person and his work by Trump.

“Any testimony will not go beyond our report,” Mueller said May 29, when he announced the closing of the investigation. “Work speaks for itself. And the report is my testimony.

For months, the former prosecutor has been reluctant to appear before Congress, and now he does so only because, in June, the Democrats summoned him through a legal figure called “subpoena”.

He also made it clear that he believes the American public does not fully understand the scope and consequences of Russia’s campaign to meddle in the elections, which Trump has repeatedly refused to acknowledge.

Meanwhile, the Justice Department issued a statement late Monday demanding that Mueller abide only by what he wrote in his report, hoping to contain any consequences of his testimony. “It’s part of the administration’s continuing cover-up of keeping information away from the American people”.