The National Hurricane Center is currently watching a weather system closely. As published over the weekend in Forbes, a low pressure system is spinning its way from the U.S. mainland to the Gulf of Mexico. Forecasters give it an 80% chance of development by the end of the week.

Anyone living along the Gulf coast from Texas to Florida should pay close attention to this evolving system. Whether it becomes a tropical depression or a hurricane, it will be a significant rainmaker in that region. As my meteorological peers and I watch the odd progression of this system, I thought that it would be useful to answer the question, “Where do hurricanes form in July?” 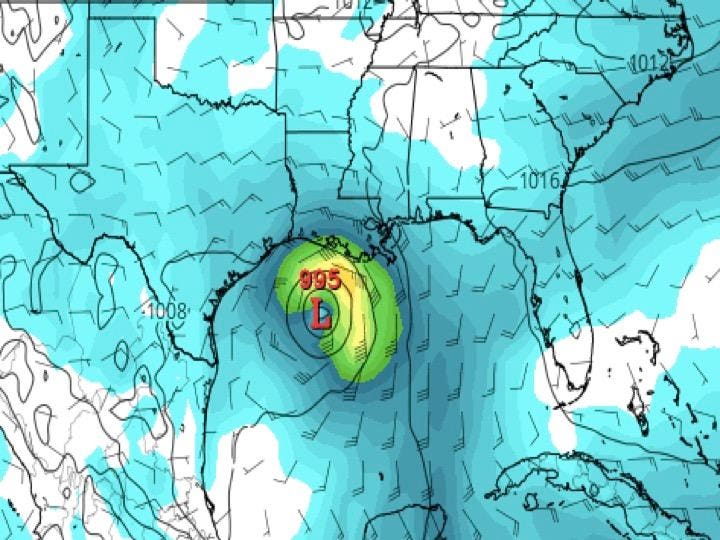 The European model projection of the what will develop by Friday evening.

Before I grab my meteorologist “hat” and answer that question, I should be a responsible journalist and provide the latest update on the current system. According to The National Hurricane Center and its 8 am Tropical Weather Outlook issued on July 8th :

A trough of low pressure located over central Georgia is forecast to move southward toward the northeastern Gulf of Mexico, where a broad area of low pressure is expected to form in a couple of days. Some gradual development is possible thereafter and a tropical depression is likely to form by the end of the week while the low meanders near the northern Gulf Coast. Regardless of development, this system has the potential to produce heavy rainfall along portions of the northern and eastern U.S. Gulf Coast later this week.