On the evening of this Friday July 12th, the inauguration of the New International Malecón de Progreso will take place at the port of the same name.

For this there will be more than 25 attractions for the whole family, which will welcome the new face of this area of ​​this popular Yucatecan beach destination.

The inauguration ceremony will start at 7:00 p.m., with the full participation of the municipal authorities.

In social networks, several attractions have attracted the attention of citizens, such as the carousel placed on the beach or the shark placed in the middle of the Malecón.

In a recent press release, the Progreso municipal auhtorities explained that an exhibition of urban art was installed on the Malecón Internacional, using recycled objects, with the objective of optimizing and combining materials such as containers, tires, bamboo and other elements.

In addition, eight new benches were installed on the Malecón, as well as four sets of benches and tables, garbage containers, six bicycle stations, nine large lamps that will shed light on the beach at night. 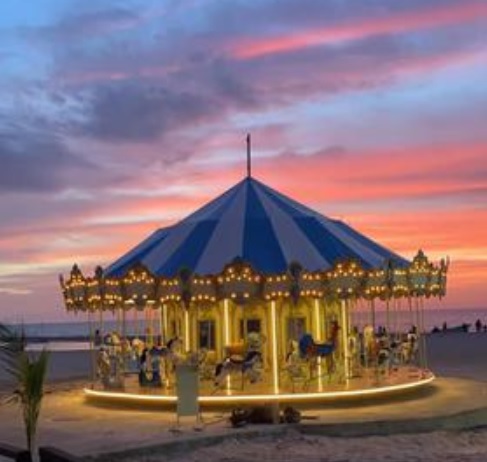