MEXICO (Agencias) – Best Day Travel Group (BDTG), chairman of the board, Julian Balbuena, revealed in an interview at “adn40” that in his agency, which is the largest in Mexico, Caribbean destinations are falling while those of the Pacific are growing at double digits in cases such as Puerto Vallarta, Los Cabos, Acapulco and Huatulco.

“At the international level there is a growth of 1.3 percent in arrivals, although the United States, which occupies about 50 percent of the rooms, has a fall of 1.8 percent,” said the leader of the largest Latin American vertical tourism group.

During April, the sargazo and the lack of promotion in Quintana Roo hit the hotel occupancy, and although this year, the holiday period of Easter fell in April and this should boost the arrival of tourists, the occupation in Cancun and Puerto Morelos was lower than in the same month last year, which made Vallarta and Los Cabos rebound.

For the Riviera Maya Hotel Association (AHRM) the expected hotel occupancy for April was 85 percent. In addition, the rate of reservations has dropped by 10 percent. “Not all beaches are affected at the same time (by the sargasso), we communicate to tourists the points of affectation and the hoteliers pick it up daily in large quantities, some have placed containment projects in the reef lagoon in front of their properties,” said the executive director of the AHRM, Manuel Paredes. 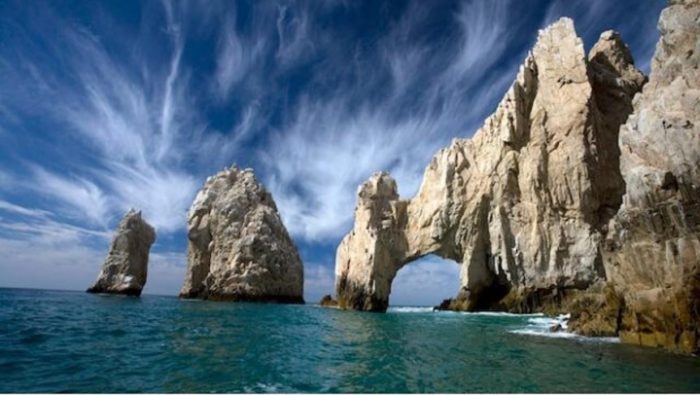 Jorge Hernandez, president of the Mexican Association of Travel Agencies (AMAV), said that the decline in occupation of Quintana Roo has affected Cancun to a greater extent. Travel agencies inform tourists of the problem of sargasso in the destination, and if not convincing suggest alternatives such as Mazatlan, Manzanillo, Huatulco or Gulf beaches, he said.

Vallarta and Los Cabos are the destinations for which some have exchanged reservations, he added. Therefore, agencies are considering lowering their prices between 10 and 15 percent to recover summer season reservations nationwide that go 8 percent lower against the same period last year.

In Quintana Roo, according to El Economista, they see with concern the resignation of Josefa González Blanco to the Secretariat of Environment and Natural Resources (SEMARNAT), since it was foreseen that in these days the federal strategy of combat to the arrival of the sargasso, along with the applicable environmental guidelines, would be made known.