The president of Mexico’s Lower Chamber, Porfirio Muñoz Ledo, declared on Wednesday July 24, that with the immigration policy that the government of President Andrés Manuel López Obrador is adopting, AMLO is directly helping Donald Trump in his aspirations to achieve the re-election of the presidency of the United States in 2020.

At a press conference after the opening of the photographic exhibition “Porfirio Muñoz Ledo: su tiempo, su vida su visión” (Porfirio Muñoz Ledo: His time, his life, his vision), the legislator of Morena clarified that he maintains “a deep friendship and ideological coincidence” with Andrés Manuel López Obrador, and acknowledged that the Mexican president must have a lot of pressure on him, but added that he is against openly violating the Constitution by yielding to Trump’s immigration policy. 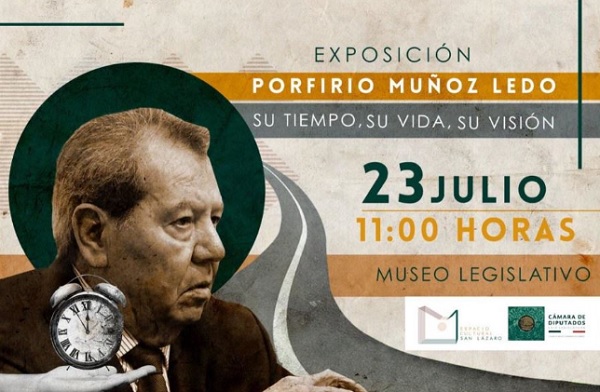 “I have and maintain a deep friendship, esteem and even ideological coincidence with my friend, Andrés Manuel López Obrador, I granted him control of the PRD political party back in 1996, I think it was on August 2, and I became his coordinator of advisors.

“As head of state, who has just arrived and who has so much pressure, he is deciding which of those pressures to yield for, in my case, I would not have done it that way. Look, nothing is more delicate than migration and you have to decide, with intelligence and your people what you are going to do, ”he added.

On Tuesday July 23rd, Porfirio Muñoz Ledo turned 86, and the celebration at the Mexican Congress included a birthday cake and “Las Mañanitas“.