Investments of more than 18 billion pesos for Yucatan

“A total of 9 companies of local, national and international capital dedicated to the real estate, agro-industrial, hotel, medical and specialized sectors in cargo logistics, ventilation systems, among others, will make an investment of 18.1 billion pesos in Yucatan, figure 4 times greater than the 5.5 billion pesos presented last January, for the generation of more 6,440 direct and 19,420 indirect jobs, with which it has been possible to accumulate in the first 9 months of this administration a certainty of investment for more than 23.7 billion pesos and the creation of 17,010 direct sources of work and 54,120 indirect ones”, announced Governor Mauricio Vila Dosal.

Vila Dosal, together with the head of the Ministry of Economic Development and Labor (Sefoet), Ernesto Herrera Novelo, and representatives of the Mission Bishopric, Wood Genix, Air Temp, of the health and sports corporation WinHealth, as well as the Groups Harinera CMG and Proteínas y Oléicos, Kuo (Kekén), Logra, Youssef and Crown Park, announced this joint investment, which means the creation of jobs in different parts of the state territory and adds to the industrial diversification of the Yucatan, consolidating in a period of 2 years.

The Governor stressed that 6 of the 9 companies will make their investments in municipalities in the interior of the state, that is, almost 70%, which contributes to generate a well balanced economic growth for the benefit of all Yucatecans and adds to the fight against poverty in Yucatan, in order to generate the same development opportunities throughout the state.

– Grupo Kuo (Kekén) will invest 6.6 billion pesos to expand its multiplying pig farms, commercial farms and the expansion of new lines in its food processing plant. This investment will be made in the municipality of Hunucmá and the community of Sahé, also in the municipality of Tixpehual, among other municipalities, and will create 3 thousand direct and 9 thousand indirect jobs.

-The real estate developer Misión Obispado, will invest 5 billion pesos in 5 and 10 year projects, which will build more than 4,000 homes, commercial facilities and multiple uses areas in the west and east of the city of Mérida , as well as in Ucú, generating of 500 direct and 1,500 indirect jobs.

–Grupo Logra, specialized in cargo logistics, will invest resources equal to 1.8 billion pesos in the construction of a new Logistics Center in the municipality of Progreso and the expansion of its bulk terminal, generating 100 direct and 400 indirect jobs.

-The international company Wood Genix, manufacturer of large-scale integrated kitchens, will invest 1.7 billion pesos in the installation of a plant, which during its two stages of construction will lead to the generation of 800 direct jobs, for the benefiting of the Uman and Kanasín municipalities. 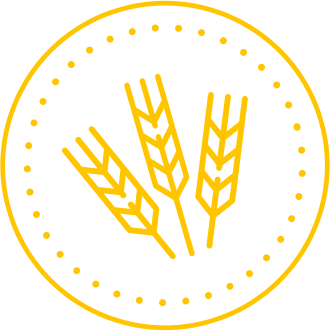 –Grupo Harinera CMG and the company Proteínas y Oleicos will invest one billion pesos for the construction and expansion of their production lines in Mérida, generating 100 new direct and 300 indirect jobs.

-The health and sports corporate WinHealth will allocate 850 million pesos in Mérida for the construction of a sports hospital center, which is unique in its kind, which will be dedicated mainly to Sports Medical Tourism, attracting both national and international users, mainly of American Center. In its construction phase, 1,500 direct and 4,500 indirect jobs will be generated. 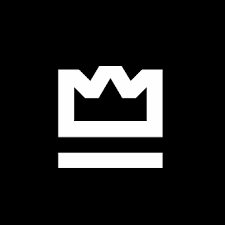 -The Crown Park Yucatan group will invest 720 million pesos in the construction of a complex of 150 hectares that will include an industrial zone, a business center, a housing area and an island of services in the municipality of Hunucmá. During the construction phase, 120 direct and 360 indirect jobs will be generated. 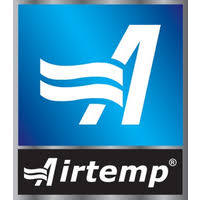 -The Air Temp firm will bet 340 million pesos for the purchase of machinery, a new technological center, as well as the growth of infrastructure in several different areas, creating 200 new direct and 600 indirect jobs. The investment will be made in the municipality of Umán.

-Finally, the Youssef Group will invest 105 million pesos in the development of 2 boutique hotels located in downtown Mérida, as well as in 2 real estate projects, generating 120 direct and 360 indirect jobs in its construction phase.

Governor Mauricio Vila Dosal concluded saying that a large part of these investments will contribute to strengthening the infrastructure of the port of Progreso, since some of these firms will use this port to move their products to other parts of the world, consolidating Progreso, Yucatán as one of the important Logistics centers of the country.