GUADALAJARA, Mexico (AFP) — A totally unusual hailstorm struck Guadalajara on Sunday June 30. The state capital of Jalisco is one of Mexico’s most populous cities, and the storm shocked residents as many of them ended up trapped inside their vehicles in a deluge of ice pellets up to two yards deep.

“Then we ask ourselves if climate change is real. These are never-before-seen natural phenomenons,” he said. “It’s incredible.”

Guadalajara, located north of Mexico City and with a population of around five million, has been experiencing summer temperature of around 31 Centigrade (88 Fahrenheit) in recent days.

While seasonal hail storms do occur, there is no record of anything so heavy.

At least six neighborhoods in the city outskirts woke up to ice pellets up to two meters deep.

While children scampered around and hurled iceballs at each other, Civil Protection personnel and soldiers brought out heavy machinery to clear the roads.

Nearly 200 homes and businesses reported hail damage, and at least 50 vehicles were swept away by the deluge of ice in hilly areas, some buried under piles of pellets. 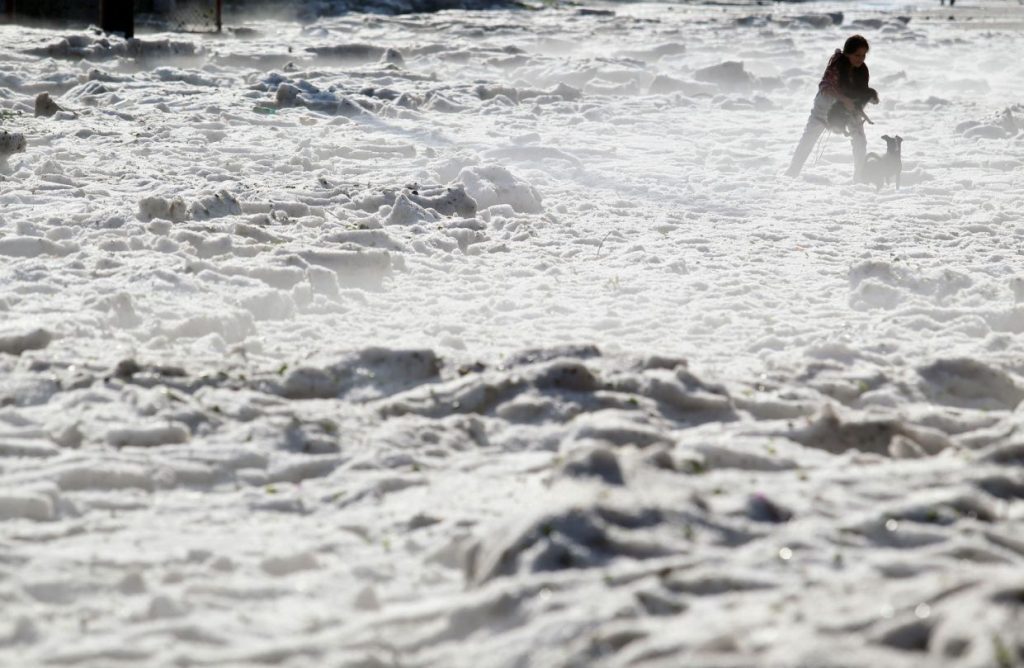 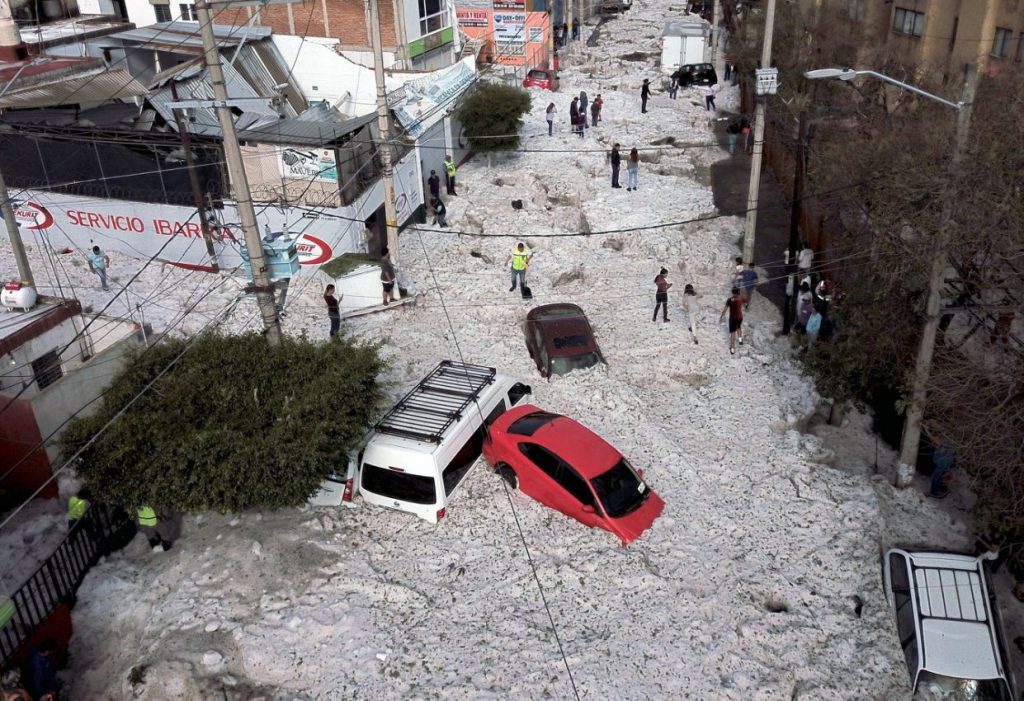 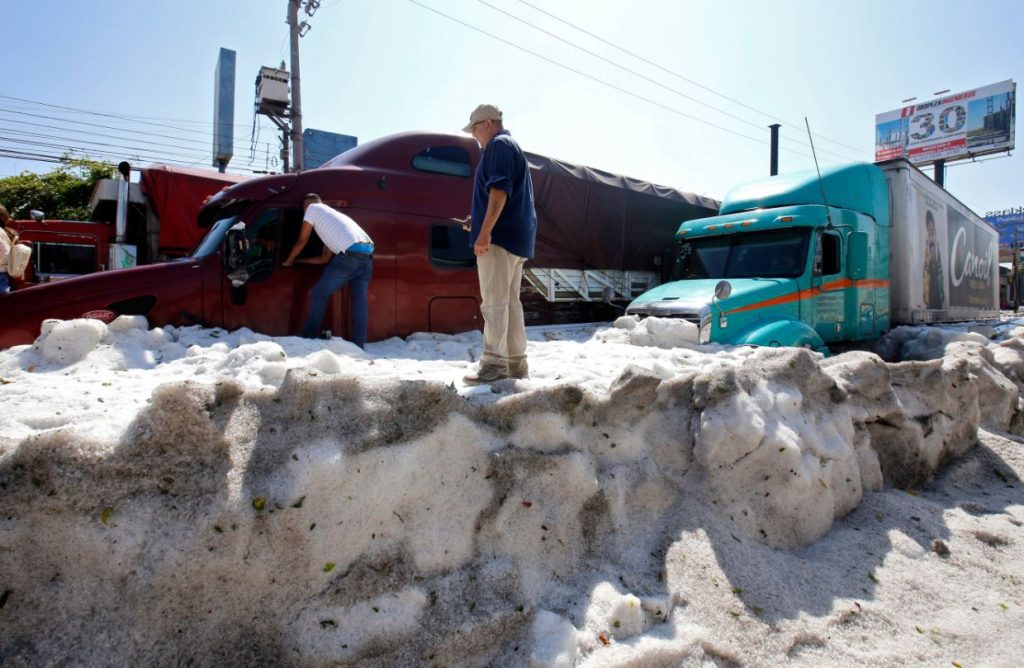