Cockroaches are becoming immune to insecticides

“Cockroaches that develop resistance to multiple classes of insecticides at the same time will make controlling these pests almost impossible with chemicals alone”.

If we are not consumed by the deadly heat of the Earth and if we are not suffocated by the plagues, hunger and arrogance of humanity, it is only a matter of time before the cockroaches rebel and conquer us, since they are getting stronger and stronger.

They have overcome our defenses and basically devoured them, laughing all the time at our helpless pest control. If things continue on this dark path, the exterminated will eventually become the exterminators.

This fatalistic view is brought to you by the disturbing news that cockroaches have apparently began to develop resistance to powerful insecticides. Purdue University scientists exposed German cockroaches to different insecticides and detected that they not only developed resistance to the insecticide to which they were exposed, but also to other pesticides.

Superimmune insects can transmit their resistance to their offspring, so it is only a matter of time before a given population essentially becomes insecticide-proof. “This is a previously undetected challenge in cockroaches,” says Michael Scharf of Purdue University, who led the study. “Cockroaches that develop resistance to multiple classes of insecticides at the same time, will make controlling these pests almost impossible with chemicals alone”.

The research was published in the journal Scientific Reports and will become the text that explains the origin of what is called the upcoming “global cockroach era“. 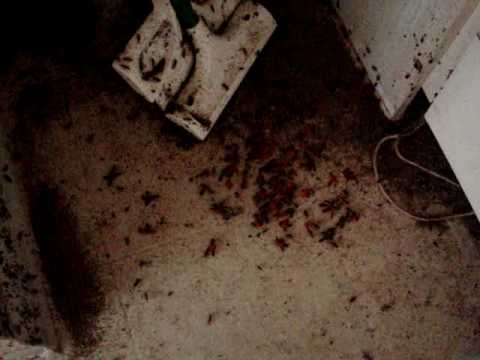 We have a problem
Multiple immune insects are a problem. Exterminators often use a cocktail of different insecticides, which are divided into classes according to toxicity, chemical composition, and other factors. That way, if an insect is immune to one type, another type can eliminate it.

Obviously, this doesn’t work if cockroaches become immune to all different types.

In this study, scientists were able to maintain the level of cockroach populations through the rotation of insecticides, but were not really able to reduce their numbers. Scharf says that resistance within a single generation of cockroaches sometimes increases four or sixfold. He combines that with the fact that a single female cockroach can produce 200 to 300 offspring in its short life and, well, there are some cursed numbers.

Scharf’s team concluded that the problem is worse in low-income areas and other places where effective pest control is not available. The way to combat this, says Scharf, is to diversify pest treatment methods. This could include physical methods such as traps and vacuum cleaners, and preventive measures such as cleaning.