Another massive shooting in the USA

GILROY California USA (Agencies) – At least three people were killed and 15 others injured when a man opened fire Sunday at the Gilroy Garlic Festival in Gilroy, Calif., police Chief Scot Smithee told reporters at a news conference a few hours after the shooting. The shooter also died. 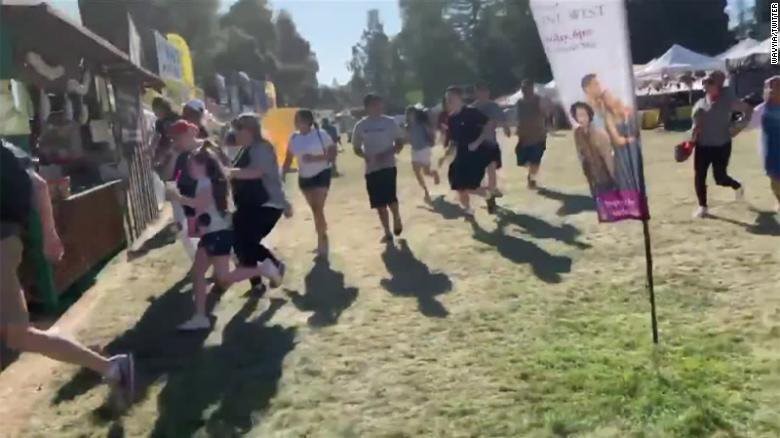 The gunfire began on the north side of the festival grounds, at around 5:41 p.m. local time on the third and final day of the annual garlic celebration that the town of Gilroy, some 80 miles south of San Francisco, has hosted for decades.

“Officers were in that area and engaged the suspect in less than a minute. The suspect was shot and killed,” Smithee said, adding that the gunfire seemed to be “somewhat random, as he moved out into the festival area.”

Police do not currently have a motive.

“He was carrying an assault-type rifle,” the city of Gilroy said in a news release about the shooting. “Witnesses indicated there may have been a second suspect and a search is underway for that person.”

Smithee confirmed that a hunt for a possible second suspect is underway. However, he said that while police believe another person was somehow involved, “we just don’t know in what way.”

Chief Smithee: Gun shots were heard around 5:41pm and officers engaged #GilroyActiveShooter in less than a minute. Witnesses stated there may be a 2nd shooter, investigation continues.

Describing how the gunman managed to get a rifle into the festival, Smithee said it appears that “they used some sort of a tool to cut through the fence” near a creek that borders a parking area. 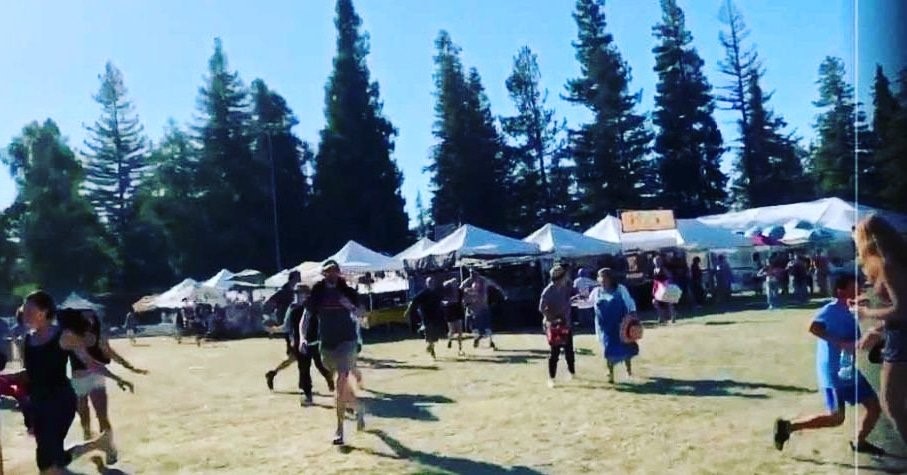 On Monday morning, Christmas Hill Park, where the shooting occurred, remained an active crime scene, with dozens of law enforcement officials from two counties working on the case. During the night, police posted information for people who were at the festival — helping people reunite with loved ones while also seeking witnesses to the crime.

Nearly two dozen people were sent to area trauma centers for gunshot wounds and other injuries, according to Joy Alexiou, public information officer for the Santa Clara County Health & Hospital System. She said some patients were transported by airlift.

Gilroy bills itself as the “Garlic Capital of the World.” The annual celebration featuring food and music usually attracts 100,000 people, The Associated Press reports.

“Pocketknives and weapons of any kind” are prohibited at the park, according to the festival’s website.

“This is nothing short of horrific” California Gov. Gavin Newsom tweeted Sunday. “Tonight, CA stands with the Gilroy community. My office is monitoring the situation closely. Grateful for the law enforcement’s efforts and their continued work as this situation develops.”

Donald Trump also responded to reports of the shooting on Sunday. “Law Enforcement is at the scene of shootings in Gilroy, California. Reports are that shooter has not yet been apprehended. Be careful and safe!” he tweeted.

This is a developing story. Some things that get reported by the media will later turn out to be wrong. We will focus on reports from police officials and other authorities, credible news outlets and reporters who are at the scene. We will update as the situation develops.