At least 10,000 health professionals have been laid off and their contracts will not be renewed in December.

CDMX (Times Media Mexico) – At least 10,000 Mexican health sector employees have been laid off due to a 44% cut in this area decreed by Socialist President Andres Manuel Lopez Obrador. However, it reached an agreement with the Cuban regime to import the doctors who were withdrawn from Brazil.

In the Prospera Program alone, which reached the most vulnerable sectors of society, 1,300 health workers, particularly those with medical specialties, were laid off. Nor will the contracts of up to 45% of the temporary workers of the Ministry of Health in tourist areas such as Quintana Roo (near Cancun and Playa del Carmen) be renewed. Their contracts end on December 31. 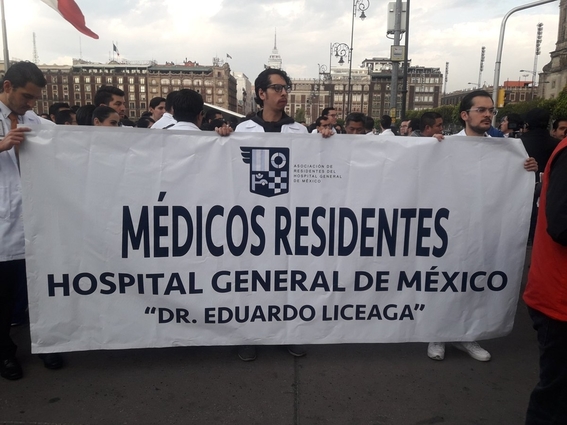 In addition, the government has a multimillion-dollar economic debt to health personnel because it has not met its contractual obligations by not paying salaries for services rendered. Lack of resources has particularly harmed HIV patients, unborn, newborn babies, and cancer patients. Since the beginning of the year, HIV patients have received less than half of their required doses, and since May to date, more than 15 newborns have died due to a lack of basic supplies.

The most affected of all are children from isolated indigenous populations who lost their previously provided transport and now have to walk up to eight hours to reach the nearest hospital, as the outpatient centres no longer have medicines.

At the same time, for “lack of syringes” a report was issued announcing that tomography scans were being cancelled at the National Institute of Neurology and Neurosurgery “Manuel Velasco Suárez”. The operation of the institute has already been reduced to 70% since the cut decreed by AMLO. Of the 948 procedures scheduled in the first quarter of the year, 211 were cancelled.

When so many doctors and hospitals were made redundant as a result of the cut in health, the director of the Mexican Institute of Social Security (IMSS), Germán Martínez, presented his resignation saying: “I am not going to fire the doctors. People are going to die in the streets.

Twitter – #Cuba has signed a cooperation agreement with Mexico for the arrival of Cuban doctors. The first delegation will arrive in September. 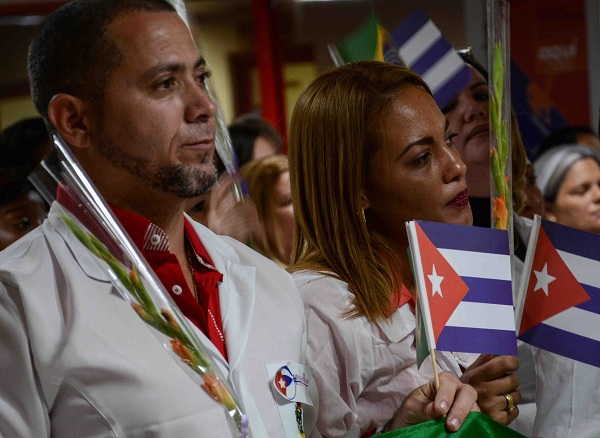 Cuban Doctors in Mexico
After Martínez resigned as director general of IMSS, Zoé Robledo was appointed, a man whom AMLO calls an “ally of the government”.

Robledo led the working meeting with Cuba’s Minister of Public Health, José Ángel Portal Miranda, and a delegation of Cuban officials to reach an agreement between the two nations.

“It is a shared effort that is being built as one of the priorities of the new government, of this administration, to achieve the universalization of services,” he explained.

So while AMLO’s administration massively bids farewell to the Mexican doctors, a contingent of Cuban doctors is expected to arrive in the country in September. However, there is no audit to certify the quality of these doctors, which have already generated controversy in other countries.

Currently, the export of doctors represents the highest income of the Cuban regime, with figures five times higher than tourism, given that it retains up to 90% of the salary of these doctors, literally converted into slaves of the Cuban dictatorship.

News outlets in Brazil first and then all over the world, have showed the precarious contiditions Cuban doctors face in their personal lives and called their living situation “slavery”.  The Cuban doctors are forbidden to be with their families and these are in danger if the doctors manage to raise their voice of protest against the conditions given by the Cuban dictatorship. They are instruments of the revolution and, therefore, part of its propaganda apparatus.

Outraged by this, the Cuban government ordered the repatriation of the 11,000 doctors, of whom an estimated 3,000 will end up in Mexico.

When AMLO took office on December 1, he promised to improve the health system he considered “inefficient”. However, to date it has worsened with illogic cuts, under a system according to AMLO corrupted, but yet fully functional duirng the previous administration, leading the country into a health crisis.

While thousands of health professionals in Mexico are being left on the streets despite the growing health crisis, the Mexican government prefers to hire cheap labor and opens the door to Cuba’s communist regime, which enslaves its doctors and gives the Cuban dictatorship resources to perpetuate itself in power.