Actor Charlie Sheen ventures into the Tequila business as Co-owner

West Palm Beach, Florida – American actor Charlie Sheen is the latest celebrity to move into the Tequila business after investing in the super-premium brand, Don Sueños, last week. The Two and a Half Men star has signed on as co-owner of the Tequila company, which was launched in early 2017.

The small batch brand’s tequilas are crafted from single-estate blue weber agave cultivated in Los Altos in Jalisco, Mexico. The Don Sueños range consists of blanco, reposado and añejo variants. The farm-to-bottle agave is hand-harvested and then cooked using an autoclave, resulting in a more fruity and sweet taste. 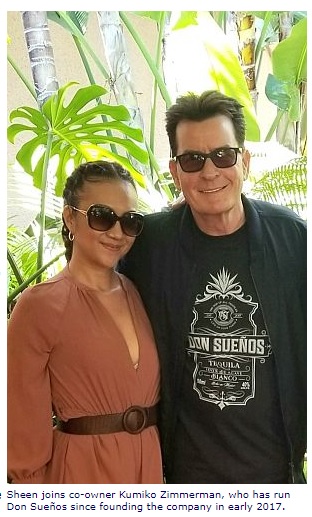 A modern roller mill then presses the piñas to extract the juice, while preventing the agave from being pulverised, which the brand claims affects the overall quality. Once the distillation process is complete, the product is oxygenated and then left to rest for 59 days.

The American actor is now co-owner alongside Kumiko Zimmerman, who has run Don Sueños since its launch – making it the first Tequila brand owned and operated by a Japanese woman.

“As a native of Japan, where fine spirits are quite popular, I’m well aware of what goes into making a superior product, as well as the importance of having a strong team to promote the brand and tell our story,” said Zimmerman. “We believe Charlie will be a great addition to team Don Sueños.” 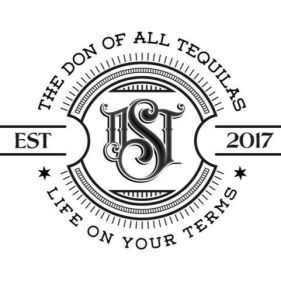 Don Sueños has quickly garnered widespread attention for its high quality and its commitment to charitable causes. Over the years, the Tequila maker has participated in a number of fundraising efforts, including relief for victims of Hurricane Irma in Florida.

Don Sueños also has ongoing relationships with such organizations as Autism Speaks; the Elton John AIDS Foundation, which raises funds for HIV/AIDS treatment, services, research and education; The Mercury Phoenix Trust, which has funded over 700 projects in the global battle against HIV/AIDS; and Project Angel Food, which annually provides more than 600,000 free meals to those who are affected by life-threatening illnesses in Los Angeles.

The company hopes that the involvement of Sheen, who was diagnosed with HIV in 2011, will help to further the ongoing efforts by these charities with a continued portion of proceeds going directly to the organizations.

“When Kumiko reached out to me with an opportunity to get involved, I was instantly interested and excited, as, in the past, Don Sueños’ Tequila Blanco was one of my favorite sipping spirits, due to its superior taste and quality,” Sheen said.

“While I am proud of my sobriety for over 19 months now and am firmly committed to living a clean and sober lifestyle, I chose to become a part owner of Don Sueños because I know their Tequila is of the highest quality. I’m excited to be able to work with Kumiko and the team to help the company continue to grow and to bring awareness, both to its outstanding products and to the charitable organizations it supports.”

Sheen follows a line of celebrities who have launched Tequila brands in recent years. In 2017, George Clooney sold his Casamigos brand to Diageo for US$1 billion, while Justin Timberlake has had a long association with Sauza 901. Last year, Sex and the City star Chris Noth purchased ultra-premium Tequila brand Ambhar.