The sector reported an annual fall of 2% during the first five months of AMLO’s six-year term; and the bad results will last, at least until August.

MEXICO CITY (FORECASTIM) – Under Andrés Manuel López Obrador, the construction industry has recorded its worst start in the last three administrations (18 years) due to the uncertainty caused by the arrival of his new government, cancelations such as the Mexico´s new international airport and the lack of investment.

FORECASTIM, a company specialized in economic analysis and information, revealed that the sector registered a fall of 2% between January and May 2019; the weakest figure since Felipe Calderón’s term in office.

They explained that the first five months of Calderon’s administration the construction recorded an annualized growth of 4%, while for the same period of Enrique Peña Nieto remained stagnant, with a rate of 0.00%.

“Construction is resenting the political moment, while infrastructure works are subject to the change of rudder in the finance policy, marked by authority and low public investment, a situation not alien to the beginning of the last three administrations,” they explained. 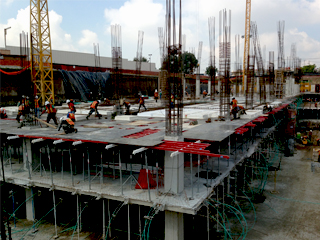 Investment falls under AMLO´s
In a conversation with the media, Ricardo Trejo Nava, CEO of FORECASTIM, explained to Publimetro News that at this stage of López Obrador’s administration there is less investment and a real contraction in the construction industry.

Trejo Nava said that the uncertainty caused by changes in government, translates into lack of investment and goals towards different directions, since investors not necessarily agree in the management of finances, spending and public investment in the country.

Different analysts around the world concur that the policies of López Obrador, such as the cancellation of the new Texcoco airport and the suspension of oil tenders, amongst others, have caused the current decline of the sector.

“Constructive activity is depressed, because the private sector is reserved to invest; until it knows well the policies of the new government” said Ricardo Trejo Nava CEO of FORECASTIM. 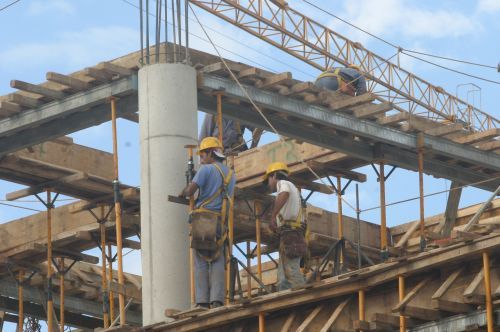 Weakness in construction to continue
Upon publishing the results of FORECASTIM’s Advanced Construction Industry Indicator, Trejo Nava pointed out that the negative trend and, therefore, the weakness of this productive branch will continue and will extend during July and August.

This indicator reached a rate of 99.7 points at the end of May 2019, accumulated seven months below the threshold of 100 units, in other words, in the negative phase of the economic cycle of the sector.

“According to the Advanced Indicator of the Construction Industry, the activity of the industry began to show signs of deceleration from June 2018; negatively crossing the threshold of 100 units in October 2018. And it anticipated the economic downturn that was coming for construction,” he explained.

Specialized analysts expect that the development and investments of AMLO´s emblematic projects such as the Maya Train and the Dos Bocas refinery, will reactivate the construction activity, however, the number of legal injunctions against the projects leaves them in a scenario of uncertainty.

In addition to the above, the Gross Domestic Product (GDP) has fallen, the first contraction for a six-year start since 1995, when the president was Ernesto Zedillo, according to Inegi data. The timely estimate of GDP reported a real fall of 0.2% over the previous quarter, so that at annual rate there was only a growth of 0.2%, the lowest figure since the last quarter of 2009.