Where is the invading sargasso coming from?

CANCÚN México. – It is of a brownish colour and it has the stench of hundreds of rotten eggs, a smell that stirs the guts and it is currently threatening to ruin the tourism sector and of course, the vacation season of the Caribbean beaches.

Those are the algae that have been accumulating in enormous quantities on the Caribbean coasts for some months now. It is known by the name of “sargasso” and, in recent years, its presence on what once called “paradisiacal” beaches of white sands and turquoise waters has become a constant. However, in this past months, so much seaweed has arrived that tourists from all over the world have decided to cancel their vacation and spend their summer elsewhere.

This situation is not only a problem for Mexico and the Riviera Maya, the problem also affects Florida in the US, the Dominican Republic in the north, Barbados in the east to name a few.

The only one who thinks Mexico is not facing a serious problem with the sargasso is Mexican president López Obrador who has assured the algae issue “has been magnified to make his government look bad”… However, so worrisome is the situation that officials have called for an emergency meeting of the 15 nations of the Caribbean community. 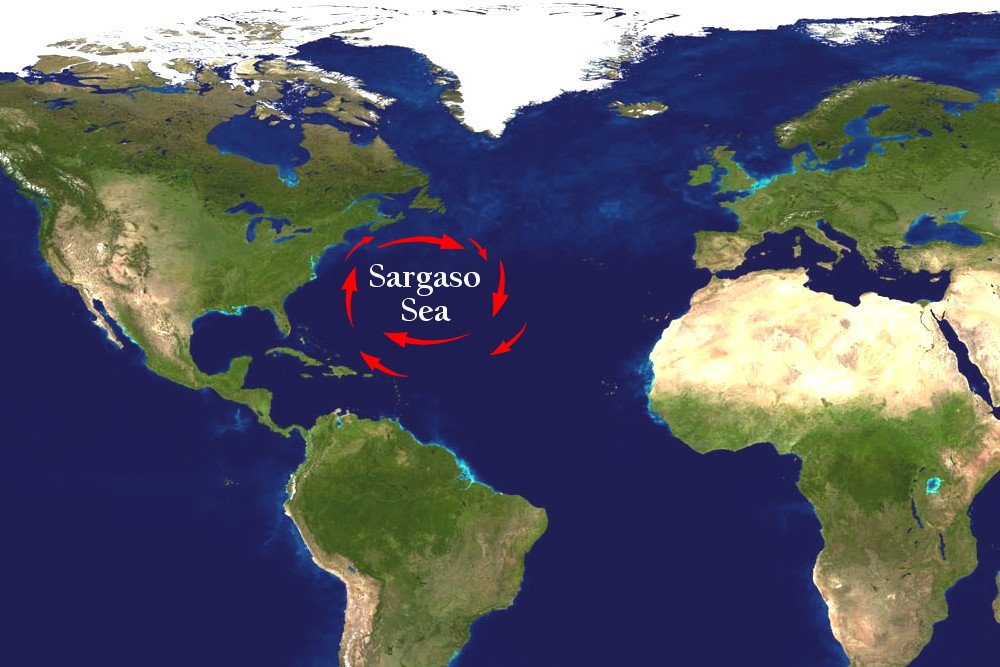 But where do these algae come from and why are there so many?
Hypothesis
There are a few theories, but the main one points out that its growth was overflowed by polluting nutrients generated by human activity. BBC Mundo presented an interview with Brian Lapointe, a sargasso expert at Florida Atlantic University in the United States, who told them that these nutrients “are fertilizing these plants: they make them grow faster and produce more biomass”. If you look at a map you will see that these plants are constantly circulating between the Sargasso Sea (in the Atlantic Ocean), the Caribbean, the Gulf of Mexico and the Gulf Stream. When they are at the height of the Gulf of Mexico, they can be affected by the waters coming from the Mississippi River, which contain large amounts of nitrogen from fertilizers,” explains the expert. “But in addition, the oil spill in the Gulf of Mexico in 2010 and the dispersants used to clean it up contributed more nutrients,” adds Lapointe, who recalls that this problem began in 2011, after the Deep-Water Horizon oil spill.

Another theory maintains that currents in the Atlantic Ocean are changing due to rising sea temperatures and this, added to the increase in CO2 in the atmosphere, “may also be playing a role (in the increase of the serge),” says Lapointe.

Researchers believe that algae originate in coastal areas and not in the Atlantic area known as the Sargasso Sea – a warm water region of 3 million km2 (1,158,306.476 sq. miles) inhabited by numerous marine species.

Good, but not too good
When the amount is not extreme, algae are not harmful. They are the habitat of more than 100 species of fish and numerous invertebrates. They are also home to endemic species, that is, species exclusive to these marine ecosystems.

“But what we are seeing here is an excess of something that is normally good,” says Lapointe. In the sea they support entire ecosystems, “but when they form a thick mantle on the beach they rot, stink and can cause mortality in young sea turtles, because the females make their nests in the sand,” explains the scientist.

“Rotten algae release hydrogen sulfide and become toxic. They also remove oxygen from the water, create dead zones, and become harmful. Not only does too much serge endanger coastal economies and ecosystems, but it also poses a health risk.

The accumulation of these rotten plants is an ideal breeding ground for sea fleas. And inhaling the toxic vapours produced by sargasso is not only unpleasant but can also be harmful to health.

Research and protocol
Getting rid of so many algae isn’t easy. Texas, in the U.S., was the first place where excessive amounts of algae were accumulated – about 10 years ago – because of its proximity to the Mississippi River. “They put them behind the dunes. They can also be buried under the sand to secure the beach, but when doing so you have to be careful with the machinery, because in the sand there can be endangered species such as sea turtles.

Many local communities are currently battleing this issue in the Caribbean. However, there is not one single protocol to solve the problem according to its own criteria and possibilities. The best solution would obviously be to limit the growth of these algae. The problem is… how?

Countries will need to invest money in order to investigate and test the hypotheses about the origin of the problem. Understand the link between oceanography and the ecology of these blooms and perhaps only then they will we be able to find ways to control nitrogen at the source.