An urban heat island (UHI) is an urban area or metropolitan area that is significantly warmer than its surrounding rural areas due to human activities.

“The accelerated growth without the correct planning of the urban sprawl in Mérida has generated an increase in the number of “urban heat islands“, a phenomenon that occurs in cities when land previously covered with trees and vegetation is transformed into an urban space for housing, industrial or commercial use, so it is necessary to take action in this regard as soon as possible in the state capital”, considered Luis Bojórquez Tapia, researcher at the Institute of Ecology of the National Autonomous University of Mexico (UNAM).

Addressed in this regard, the specialist stated that similar cases have been presented in Phoenix, Arizona, United States, where the first initiatives to reduce this problem are already being implemented, and that they could be replicated in Yucatan, once the laboratory for climate change study is installed.

“We have to study how urban growth is promoted and carried out and what are the consequences of this increase in urban sprawl, in order to take better decisions in order to address problems such as urban heat islands,” he continued. 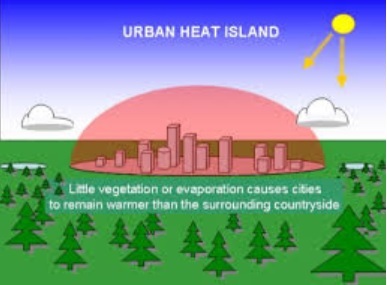 The specialist recognized that most cities, including Mérida, can not control the phenomena of urban growth; but it is something that has to be addressed urgently to solve this problem.

“Mérida is not the exception; we should take the corresponding actions to control this phenomenon and avoid higher temperatures sensations, which in the end affect all people, “he explained.

The Chemical Engineers College of Yucatan said that in order to reduce the effects of the “urban heat islands” that is severly affecting the city of Mérida, it is absolutely necessary to modify the construction regulations and opt for new designs. 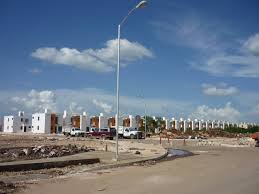 There have been many studies that show how concrete, asphalt and Urban Sprawl increase the temperatures of cities all over the world.

The Urban Heat Island (UHI) effect is a huge problem in the city of Mérida, taking into consideration the high temperatures registered in the region practically all year round, and the uncontrolled growth of the urban sprawl in the state capital.

Yucatecan industrial chemical engineer Gladys Gahona Cámara, stated that it is urgent that households be allocated more space to plant trees and encourage reforestation, since the first consequences of environmental imbalance are already visible in Mérida.

In that sense, the researcher of the Institute of Ecology of the UNAM, Luis Bojórquez, said that this serious problem needs to be understood as a society, in order to deal with climate change, through a decision-making process.

Bojorquez reiterated that the growth of the urban sprawl in Mérida will be analyzed within the laboratory for adaptation to climate change. And also how this process generates negative effects that must be addressed as soon as possible.

“If we add the problem of climate change to the growth of the urban sprawl in Mérida, we are talking about a degree of complexity that needs to be addressed immediately, and the situation needs the attention of the three levels of government, private initiative (mostly construction companies) and civil society” the specialist concluded.