The sargasso situation forces Quintana Roo to reinvent itself

Dario Flota Ocampo, director general of the CPTQ, explained that these alternative activities are focused on Maya archeological zones, cenotes, theme parks, Mexican cuisine and shopping malls, among others. “In all our current communication campaigns, either social networks, print or video, the images that we are showing describe alternative recreational activities such as parks, cenotes, ecotourism, gastronomy and shopping,” said the official.

In the case of Tulum, Flota Ocampo explained that this destination has been one of the exceptions in the elimination of beach images for tourism promotion, because he recognized that one of the main attractions of the area is precisely the combination of the Maya culture with the Caribbean Sea. “Undoubtedly, the image of Tulum’s beaches is vital, but we are doing it in proportion. We are using many more images of the alternative activities available, without totally discarding ocean side photographs” he said.

This new promotional strategy seeks to show the strength of Quintana Roo as a tourist destination with different options. The advertising material is already being used by tourism promoters and will be maintained for the rest of the year or, at least, until the end of the rainy season, when the Council expects a decrease in the arrival of seaweed to the coasts of the Mexican Caribbean.

Experts say that in the second half of the year, once the season of storms and cold fronts begins, the amount of sargasso will decrease.

In its monthly report, the group Aeropuertos del Sureste (ASUR), which is comprised of several airports along southern Mexico, announced that in the first five months of the year 11,031,988 passengers were registered, compared to 10,781,385 during the same period last year, an increase of 250,603 travelers (2.3% more).

Regarding international passenger traffic during May at the Cancun International Airport, reached a figure of 1,327,014 passengers, compared with 1,290,911 during May last year, an increase of 2.8%. 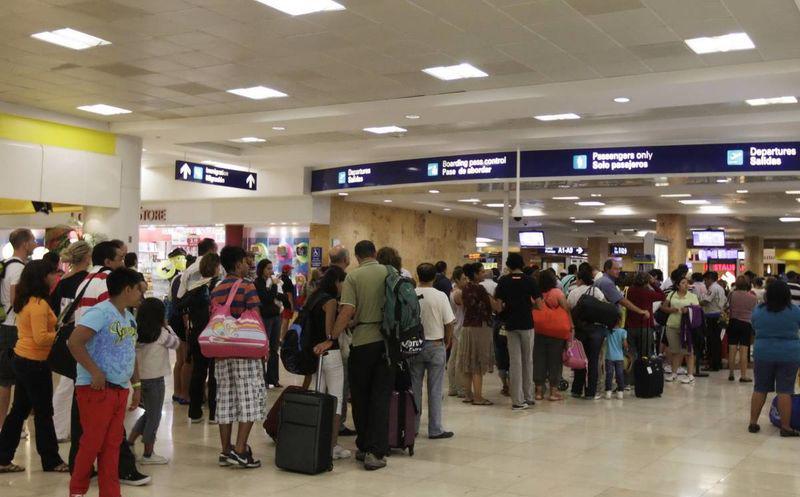 On the other hand, an important fact is that the Cancun International Airport (AIC) expects to surpass this year, the record of 25.2 million passengers served in 2018, as last April the number of passengers rose by 2% compared to the same month last year.

For the summer holiday season, a growth of 1.4% in the number of passengers is expected at Cncun’s International Airport.

Miguel Torruco Marquez, Federal Secretary of Tourism of Mexico, in statements to MVS News, on the loss of visitors nationally said: “there is a deceleration that has manifested since the first quarter of 2018. However, in an interview granted to the Spanish newspaper El País, the former Secretary of Tourism, Enrique de la Madrid, declared that the perception of insecurity is what is most affecting tourism as well as the poorly managed tourism promotion strategies launched by the current federal government.