The body of a young Mexican woman was found floating in a canal in Clint, Texas, near the Rio Grande, according to the El Paso County Sheriff’s Office. 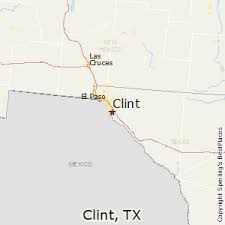 EL PASO TEXAS (EFE/KTSM) – The young woman found floating in a canal in Clint Texas, has been identified by El Paso authorities as Natividad Quinto Crisostomo, 19 years old, from Paracho, Michoacán, according to local media KTSM.com. A spokesman for the sheriff’s office said they received a call from the Border Patrol about a body found at 0610 hours local time and recovered shortly thereafter at the Riverside Canal near Herring Road, EFE news agency reported.

Dead bodies found near the Rio Bravo and Anzalduas Scrublands in the Texas city of Mission.
According to official information, the woman traveling with the children was about 20 years old. The victims attempted to cross the river aboard makeshift rafts, but died from possible dehydration, officials said.

This in addition to a father and his daughter under the age of two, both Salvadorans, who lost their lives trying to cross the Rio Bravo near the Mexican city of Matamoros.

Tania Vanessa Ávalos – wife and mother, respectively, of the deceased, who managed to be rescued – told the authorities that the water first took the girl and it was her father who came to her aid, but the current took both.

Mexican authorities rescued the bodies the next day.
In early May, the body of a 10-month-old baby was recovered from the waters of the Rio Grande by the Eagle Pass Fire Department in Texas.

According to the firefighters, the inflatable boat in which a group of migrants was traveling capsized in the middle of the river, throwing all the crew members into the water.

On June 13, the Tucson Border Patrol (Arizona) discovered the lifeless body of a seven-year-old girl from India in the desert. “Migrants continue to ignore the safety of their lives as well as their children as they attempt to cross to the US,” said Sector Patrol agent Raúl L. Ortiz.

On Monday, Border Patrol agents conducting maritime operations observed a man and a small boy attempting to cross the Rio Grande near the Eagle Pass port of entry. According to Ortiz, the agents saw the boy holding his father’s hand, struggling to stay afloat but the river´s strong currents submerged the boy several times.

The agents acted with their patrol boat and took the father and child aboard their boat. “If our agents didn’t react in time, the man and his son would have drowned,” Ortiz said.

Bureau of Customs and Border Protection (CBP) figures indicate that in fiscal year 2018, 283 undocumented immigrants were reported dead along the border; out of these, 96 were registered in the Rio Grande Valley Sector in Texas. No official figures have been issued regarding the number of fatalities this 2019.