MEXICO CITY—According to the Wall Street Journal, Mexico’s state-run electricity utility CFE is seeking arbitration to annul some clauses in a contract for a $2.5 billion undersea natural gas pipeline built by TC Energy Corp. and a unit of Sempra Energy to supply its gas-fueled power plants.

The pipeline, which runs from Brownsville in South Texas to the Mexican port of Tuxpan, Veracruz under the Gulf of Mexico, was recently completed with capacity to transport 2.6 billion cubic feet a day of natural gas to be delivered to CFE under a 25-year service contract.

Mexico imports around 6.7 billion cubic feet a day of natural gas, or close to 70% of its domestic needs, and CFE relies heavily on the fuel to power its generation plants.

But after President Andrés Manuel López Obrador took office in December, the new CFE management said it wanted to revise a number of pipeline contracts, as it objected to payments that it has to make on pipelines that were behind schedule and not yet delivering fuel. Several pipelines were held up by problems obtaining rights of way.

Mr. López Obrador  has described the contracts as “leonine,” favoring private operators at the expense of the state company.

Infraestructura Marina del Golfo said the CFE on Monday requested arbitration to annul force majeure provisions in the contract, and is seeking the return of money paid under those clauses.

Canada’s ambassador to Mexico, Pierre Alarie, expressed concern about the CFE’s actions in a message on Twitter.

“I’m deeply concerned about the recent actions by @CFE_mx and the signal they send that, despite declarations by @lopezobrador, Mexico doesn’t want to respect the pipeline contracts,” he said.

“This contract with the CFE is the result of an international public bidding process, and its terms and conditions were established by CFE itself and under market standards,” IMG said.

Ienova shares were down 3.5% Wednesday afternoon on the Mexican stock exchange.

The arbitration decision “could affect investor perception regarding the certainty of contracts signed,” Grupo Financiero Banorte said in a research note. The decision could also delay the startup of commercial operations on the pipeline, it added.

Since Mr. López Obrador took office, the CFE has pulled out of a planned auction to buy renewable energy under long-term contracts and canceled several transmission-line projects that would for the first time include private investment. 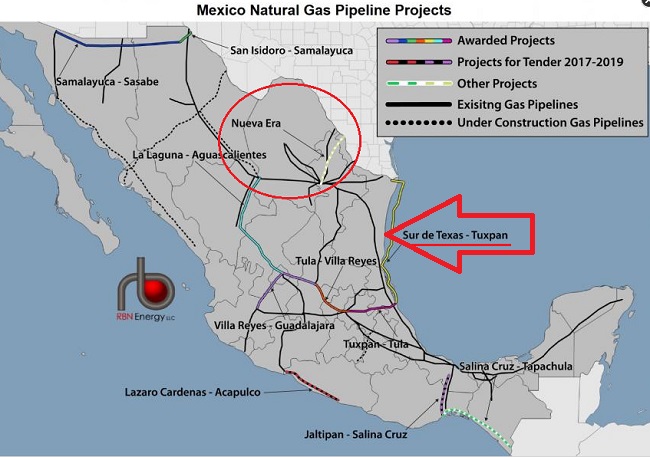 CFE chief executive Manuel Bartlett, a longtime opponent of private investment in Mexico’s energy sector, has objected to a number of changes made under the 2014 overhaul of energy laws that opened the oil and electricity industries to greater private involvement.

He has said the previous government made “a butchery” of the CFE  when it separated the former state monopoly into different units with the idea that it would compete on equal terms with private generation companies in a new wholesale market.

He argues that a badly handled separation, coupled with onerous regulations, left the CFE unable to compete and losing money.