Mr. García is the self-proclaimed leader of “La Luz del Mundo” (The Light of the World) a Mexico-based church with branches in the U.S. that claims to have over 1 million followers.

The so-called “Apostle of Christ” has been charged with human trafficking and child rape, California officials announced yesterday, Tuesday June 4th. With him, 24-year-old Susana Medina from Oaxaca, was also arrested and another person named Azalea Rangel Melendez, remains at large. 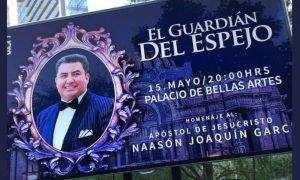 In Mexico, this news came as a huge surprise, since just a few weeks ago an opera concert was held as a tribute to García at the iconic “Palacio de Bellas Artes” in Mexico City, the main cultural venue in the country, which by the way, generated much controversy because in a secular state such as Mexico, the use a public place should not be used for that purpose according to the Constitution. The play was “The Guardian of the Mirror,” broadcasted on social networks and screened outside the “Bellas Artes” Palace, with the church’s followers in the audience. “La Luz del Mundo” denied that it was an homage and said the opinions expressed in social networks were not promoted by the institution. 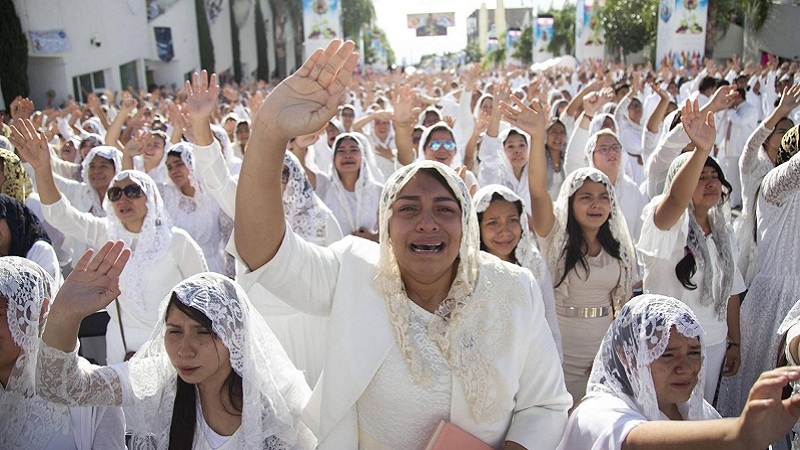 Around 1,000 worshippers gathered at the headquarters of La Luz del Mundo in Guadalajara, Jalisco, to pray for García as he was held in Los Angeles on a $25 million bail. García faces 26 counts of felony charges that range from human trafficking and production of child pornography to forcible rape of a minor. The charges detail a series of disturbing allegations involving three girls and one woman between 2015 and 2018 in Los Angeles County.

This Christian church considered by many a sect, was founded in 1926 by García’s grandfather. It has been the subject of child sex abuse allegations for years but authorities in Mexico have never filed criminal charges.  According to its website, “La Luz del Mundo” has more than 15,000 churches in 58 countries and its followers must adhere to a strict moral code in exchange for the promise of eternal salvation.

García “the apostle of Jesus” —a former minister in Los Angeles and other parts of Southern California before becoming the church’s leader — allegedly forced his victims, all of them members of the church, to sexually touch themselves and each other. One of his co-defendants also allegedly took nude photographs of the victims and sent the pictures to García. He also required its victims into performing sex acts by telling them that refusing would be “going against God”, authorities said. Witnesses have mentioned that in 2017, after some women wearing “as little clothing as possible” had completed an erotic dance, García expressed: “Kings can have mistresses and an apostle of God cannot be judged for his actions”

The attorney general’s investigation began in 2018, prompted in part by a tip to the state’s Department of Justice through an online clergy abuse complaint form. David Correa, a spokesman from the church’s headquarters, has declared: “We categorically deny those false accusations. We know him personally and he is an honorable and honest man.” They claim the accused Naasón Joaquín García has always behaved lawfully.

According to religious affairs expert Elio Masferrer, many accusations had been made against the leadership of the Mexican sect, but they had a great ability to handle the “political lobby” and political parties and its members gave them full impunity. Many politicians are being linked to this cult, amongst them:
Sergio Mayer president of culture, Martí Batres, president of the Senate and legislator Rogelio Zamora Guzmán from MORENA. From the PRI, Javier Duarte and Jaime Rodríguez Calderón “El Bronco” and from the Partido Verde Ecologista de México (PVEM) (Green Ecologist Party of Mexico) Senator Israel Zamora, who arranged permission for the event that  took place at the “Palacio de Bellas Artes”.