Around 100 neighborhoods and surrounding areas, including the city´s historic center, will be affected in the next few hours in the water supply by ongoing repair works of a “massive water leak” located a few meters from the Glorieta del Maestro.

The work, due to the magnitude of the leak, began on Wednesday June 26, and will conclude later on today Friday 28, according to the director of the Drinking Water and Sewerage Board of Yucatan (Japay), Sergio Chan Lugo.

Some of the colonias that will suffer affectations in the pressure of the water are: 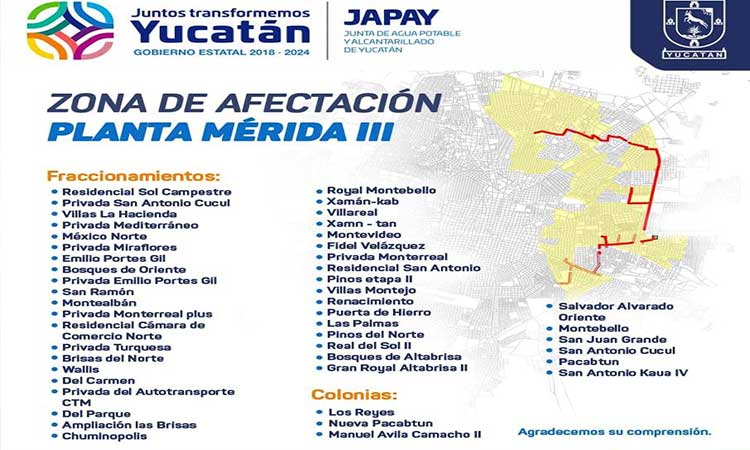 JAPAY reported that Plant Merida III operates at 50% of its capacity, so the service has not been suspended in its entirety, but there may be a decrease in pressure, especially at certain times when work intensifies.

The state agency began working on the repair of the pipeline at 64 x 35 and 37 since Wednesday. The repair work for the affected 30-inch pipe has been complicated, but everything is expected to return to normal by Friday evening. 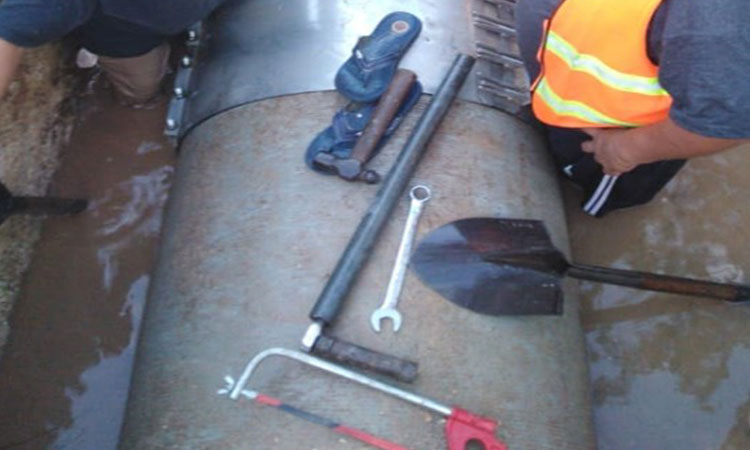 Japay stressed that after the repair work,  2.7 million liters of water per day will be stopped from being wasted.