Led by the ejidal commissioner (Comisario Ejidal), Martín Fuentes Porras, and the municipal commissioner of San José Tipcéh, Luis Manuel Venegas Xool, ejidatarios from the municipality of Muna who are in favor of leasing their land for the development of a solar energy project, in charge of a private company, attended last Friday May 31 the Agrarian Court to try to vent a lawsuit they have with the only five local ejidatarios who are against the solar park.

Fuentes Porras said that 362 hectares will be rented for the development of the solar park, which economic retribution for each ejidatario will be 35 thousand pesos every six months (including the five who are dissatisfied), and two of them already received the first payment for the lease .

The interviewee indicated that a contract will be signed with the company to rent the land for a period of 30 years plus 10, this “according to the legal framework of the land based on land rent”.

Regarding social benefits, he explained that they have requested scholarships for young students of different educational levels, a medical office, solar panels and structural improvements in their homes, as well as the generation of jobs for the inhabitants of the community without any distinction. 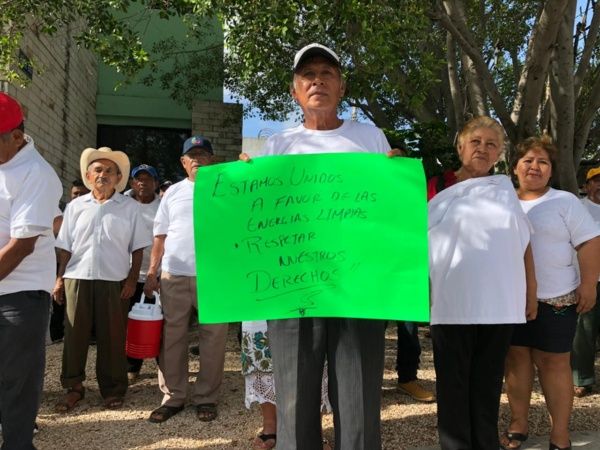 However, despite the agreed benefits, five ejidatarios maintain their position against this project. “I do not know why they are against it now, sinceat the time the contracts were signed it was a unanimous decision, there was no one against or abstentions, they all agreed. In the end I do not know how it was that after one year, they claim not to agree with the contract and now they want to cancel it, “said Venegas Xool.

He also noted that Pedro Uc, member of the Assembly of Defenders of the Maya Territory “Múuch Xíinbal“, is asking to see a solar park to verify that it is not harmful. The company has even sent them models to show them that the environment will not be affected, but these five members of the community are still against the project.

When asked about the reasons for the rejection of the ejidatarios and the Yucatecan activist, the municipal commissioner stated: “If Pedro Uc is a member of Múuch Xíinbal, an organization that takes care of the environment, why can’t he realize that clean solar energy is something that will benefit the Yucatan and the rest of the world? This is something that the world needs to stop contaminating”.

Venegas Xool concluded that the construction of the solar park would begin at the end of this year, and the works are expected to be completed before the end of next year. He underlined that the consultation that took place in the community, was in Maya and Spanish, adhering to the norms.

Regarding the litigation, he said that they did not expect the problem to be resolved, but they will continue to insist that both parties reach an agreement.

The Yucatan Times Newsroom with information from La Verdad