Cozumel. Quintana Roo- The white syndrome, which in February this year, affected 30% of the coral in the Arrecifes de Cozumel National Park, continues to advance and has damaged 40% of the reef now, with Paradise being the most critical spot, with an approximate 50% mortality .

Brenda Hernandez, director of the National Commission of Protected Natural Areas (Conanp) in Cozumel, said that a treatment is already being applied, adapted from one tested by academics in Florida, United States.

It is still too early to evaluate results, but two of the 25 affected species have reacted positively, commented the federal official. 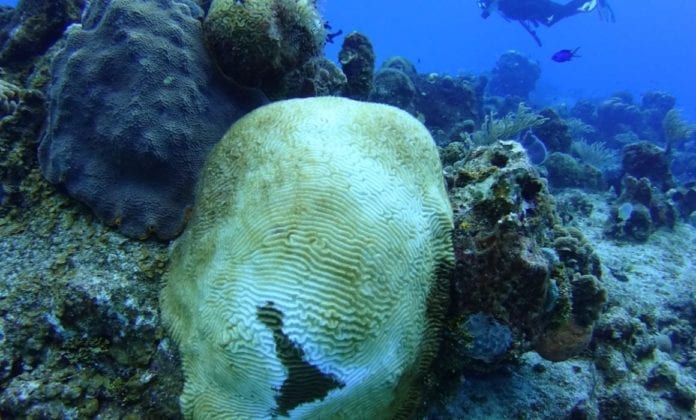 The Conanp is analyzing the possibility of closing to the public some zones that are currently under treatment, and those that still clear of this disease, as prevention measures.

One of the main problems that has triggered this situation that is killing the reefs, is the fact that the area should be receiving a maximum of 1,500 people a day, but it the rality is that the Arrecifes de Cozumel National Park is gettingtwice that number on a daily basis.

For this reason, Conanp has already helped the Harbor and Marine Captaincies to improve control of the area. Tourists are also informed of the practices they should observe.