Experts don’t know the exact amount of time the iconic arch will stand.

CABO SAN LUCAS Mexico (EFE) – If you have never been to Cabo, to admire the iconic arch, you should hurry since the “Arch of the End of the World” as it is known, is at risk of collapse due to the presence of fractures in its granite.

According to geologist Enrique Nava, researcher at the Interdisciplinary Center of Marine Sciences of the National Polytechnic Institute (Cicimar) located in La Paz, Baja California Sur, the arch over the sea is “like the tip of the iceberg,” because it could be a structure of several kilometers of submerged granite.

In recent times, geologists have observed some changes in the structure of the Cabo San Lucas Arch after the passage of the last tropical hurricanes, found during tours, landslides and fractures at the base.

The biologist and diver Beningo Guerrero, recognized that the internal structure of the Arc already presents fractures and that in the long term, erosion could cause a collapse. 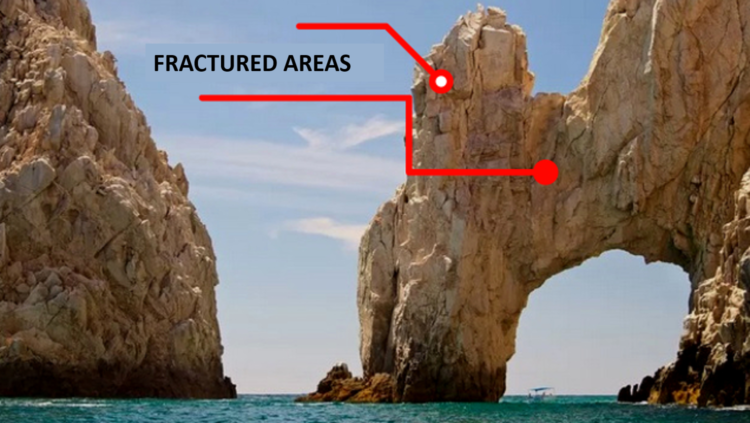 A hurricane with the force of ‘Odile’ could collapse Cabo San Lucas Arch
In 2014, the emblematic Cabo San Lucas Arch was the first land impact site of hurricane ‘Odile’, rough waters and winds that exceeded 140 kilometers per hour caused a drastic change in the local ecosystem with the removal of tons of sand that ended with collapses in the structure and the eradication of flora and fauna.

The site is famous for its scenic beauty, it also promotes a whole economic activity around it thanks to tourism and for the inhabitants of Los Cabos it is a source of renewable work.

Experts predict that a hurricane similar to or stronger than Odile could end up knocking down the iconic arch, although there is no forecast of how much time it has left standing.