King Tut, the Egyptian pharaoh whose tomb was discovered in 1922, may now be reunited with his wife in the 21st century thanks to a new discovery by famed archaeologist Zahi Hawass. Existing Fair Go Casino bonus games such as Eye of Horus, Rise of Ra, Egypt Sky, Cleopatra may soon be joined by a game featuring Ankhesenamun. 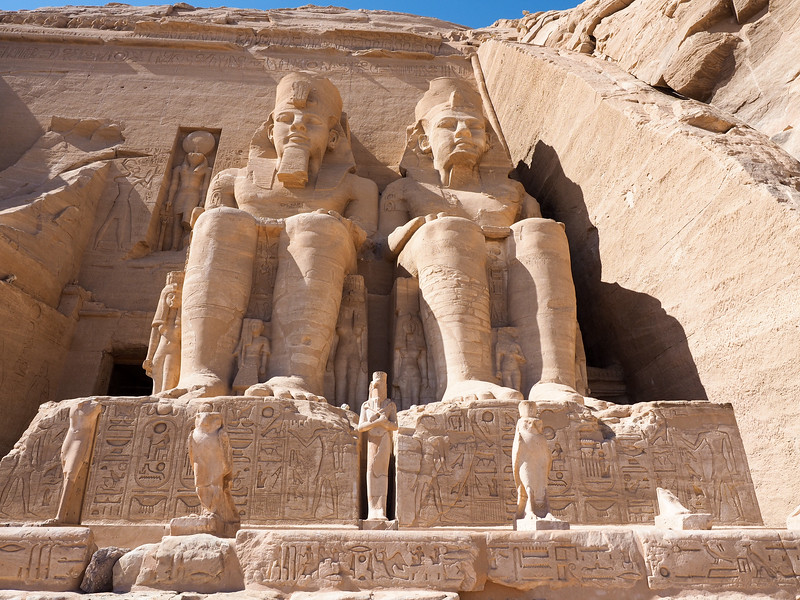 The tomb, which has yet to be excavated, is located near the tomb of the pharaoh Ay (1327-1323 BC). Historians know that Ankhesenamun married Ay after Tut’s death which makes it a likely choice for the tomb inhabitant’s identity. Hawass said that, “We are sure there is a tomb there, but we do not know for sure to whom it belongs.”

The discovery was announced on July 7 in National Geographic Italia which published an article suggesting that Hawass’ team had found the possible Ankhesenamun tomb. “We are sure there is a tomb hidden in that area because I found four foundation deposits….caches or holes in the ground that were filled with votive objects such as pottery vessels, food remains and other tools as a sign that a tomb construction is being initiated.”

Hawass went on to explain that “the ancient Egyptians usually did four or five foundation deposits whenever they started a tomb’s construction….the radar did detect a substructure that could be the entrance of a tomb.”

Ankhesenamun
Ankhesenamun was a Queen during Egypt’s 18th dynasty, .the era classified as the first Dynasty of the New Kingdom period in Ancient Egypt. The 18th dynasty lasted from 1549/1550 BC to 1292 BC and is the first of the three dynasties in which ancient Egypt reached the peak of its power. Many historians note that women had an unprecedented amount of power during this dynasty which featured two female rulers – Hatshepsut (1479 – 1458 BC) and Nefertiti who essentially ruled in lieu of her ineffective husband Akhenaten (1353 – 1335 BC).

Pharaoh Akhenaten and Queen Nefertiti were both controversial rulers. They broke tradition and caused a religious revolution by their belief in the worship of only one god. They eliminated all signs related to Amun-Re cult and worshiped Aten, the Sun Disc. Akhenaten withdrew funding from temples of “false gods” and, in doing so, took money and power away from the wealthy and powerful priestly class. This created chaos, discontent and protests.

Ankhesenamun was born into this era. She was the third of six known daughters of Akhenaten and Nefertiti. Her original name was Ankhesenpaaten  and it was changed to Ankhesenamun (“Living through Amun”) later on as the religious character of the country changed due to her father’s religious decrees. Ankhesenamun married her half-brother Tutankhamun.

Ankhesenamun seems to have had a lively and intriguing life. In addition to marrying her half-brother Tutankhamun and possibly her maternal grandfather Ay, there are indications that she was also married to her father Akhenaten (as the Great Royal Wife) and then gone on to rule as co-regent of Akhenaten’s successor Smenkhkare.

Previous excavations have uncovered statues of Tutankhamen and Ankhesenamun as well as an ivory box, found in King Tut’s tomb, that depicts Queen Ankhesenamun presenting lotus flowers to Tutankhamen.

Historians have long suspected that Ankhesenamun‘s tomb would be found in the vicinity of King Tut’s but were surprised when it actually looked as though the tomb had been located. In the summer of 2017 archaeologists started to use radar to examine the land surrounding the tomb of Pharaoh Ay in the Valley of the Monkeys. Scans that showed the traditional four foundation deposits of a major tomb indicated that there was a burial site of an important person in the vicinity.

The Valley of the Monkeys is adjacent to the Valley of the Kings, a region near Luxor where an elaborate warren of 64 or more rock-cut tombs holds the remains of Egypt’s most famous rulers. Lead archaeologist Zahi Hawass says that he’s not certain that the tomb belongs to Ankhesenamun but it’s likely.

Historians believe that Ankhesenamun and Tutankhamun were a good match but after Tut’s death, the expectation that she marry Ay didn’t sit well with Tut’s widow. She wrote to the King of the Hittites (A copy of the letter was found during excavations at Hattusa in Turkey), Suppiluliumas I , asking him to send her one of his sons to marry so that she could bear a son and continue the bloodline.

The letter was sent at a time when the Egyptians were embroiled in a war with the Hittites but Suppiluliumas I sent a prince, Zannanza, who was killed on the border. Ankhesenamun does not appear in any correspondence or writings after that.

Some historians surmise that she was killed after she wrote her treasonous letter to the enemy. However, a ring with her name together with Ay’s name was found, suggesting that they did indeed marry.

The marriage, if it occurred, was probably not a happy one. Ankhesenamun had made no secret of her disinclination to marry Ay and may have been killed for her insubordination. In addition, on the walls of Pharaoh Ay’s tomb, archaeologists found the name “Tey” who was one of the wives of Ay and was the wet nurse of Queen Nefertiti. However, Queen Ankhesenamun’s name is not mentioned at all.

It’s a mystery as to whether she was erased from history or just forgotten.