CARBON HILL, Alabama USA (WBRC FOX6 News) – In an interview with WBRC FOX6 News Carbon Hill mayor Mark Chambers responded about a recent controversial comments he made in a Facebook post which it now has been removed. 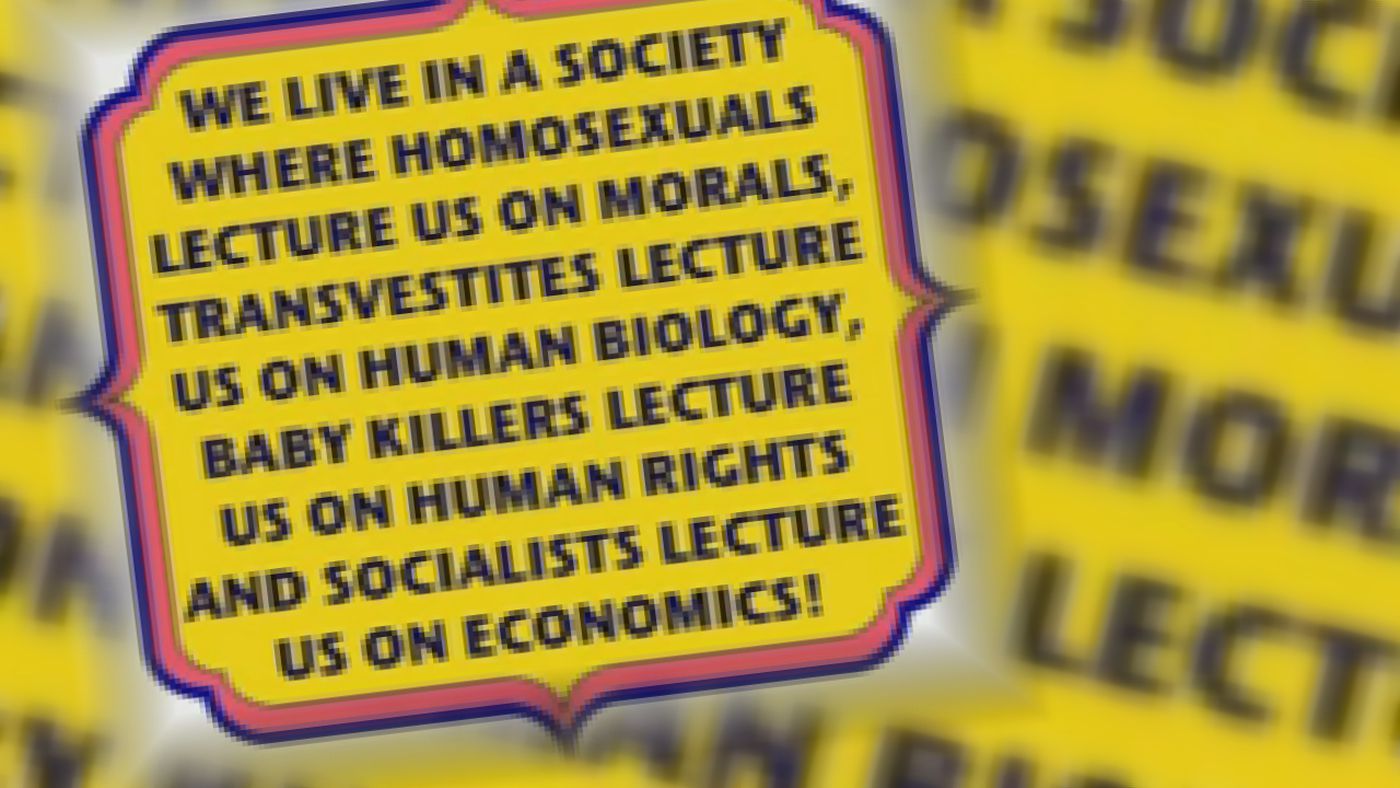 Chambers faced strong criticism from his constituents for the post and also for a response to his Facebook friend who wrote:

“By giving the minority more rights than the majority. I hate to think of the country my grandkids will live in unless somehow we change and I think that will take a revolution.”

“The only way to change it would be to kill the problem out. I know it’s bad to say but without killing them out there’s no way to fix it.” 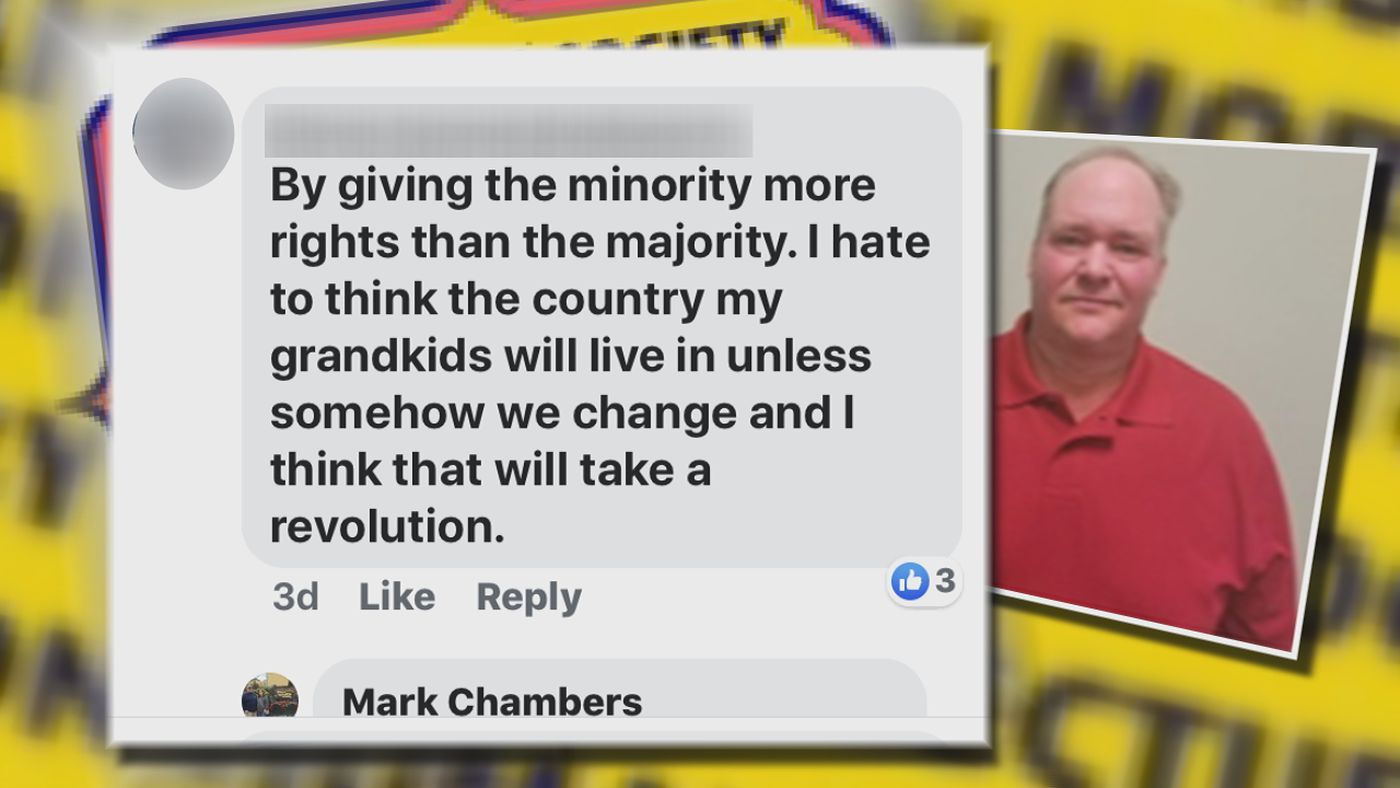 WBRC FOX6 News spoke to Chambers over the phone about the comments he posted. During their first conversation, he denied writing the comments. “I don’t think I posted that. I think that’s somebody else’s post” he said.

The journalist questioned Chambers about the Facebook page, which contained birthday greetings and pictures of Chambers’ family. So, you’re saying someone is using your identity on Facebook,” Brittany Dionne asked. “I don’t know,” Chambers replied.

The WBRC team of reporters offered to meet Chambers in person so he could view the post. He declined and hung up. Minutes later, he called back. During the second conversation, which lasted about six minutes, Chambers acknowledged writing the post, but he said it was being taken out of context. Chambers also claimed he erroneously posted the comment publicly and that it was meant to be a private message between he and a friend.

During the call, Chambers spoke about immigrants, calling them “ungrateful”. Since he claims are taking over the country and voiced his comments were in response to a civil war happening in the United States. 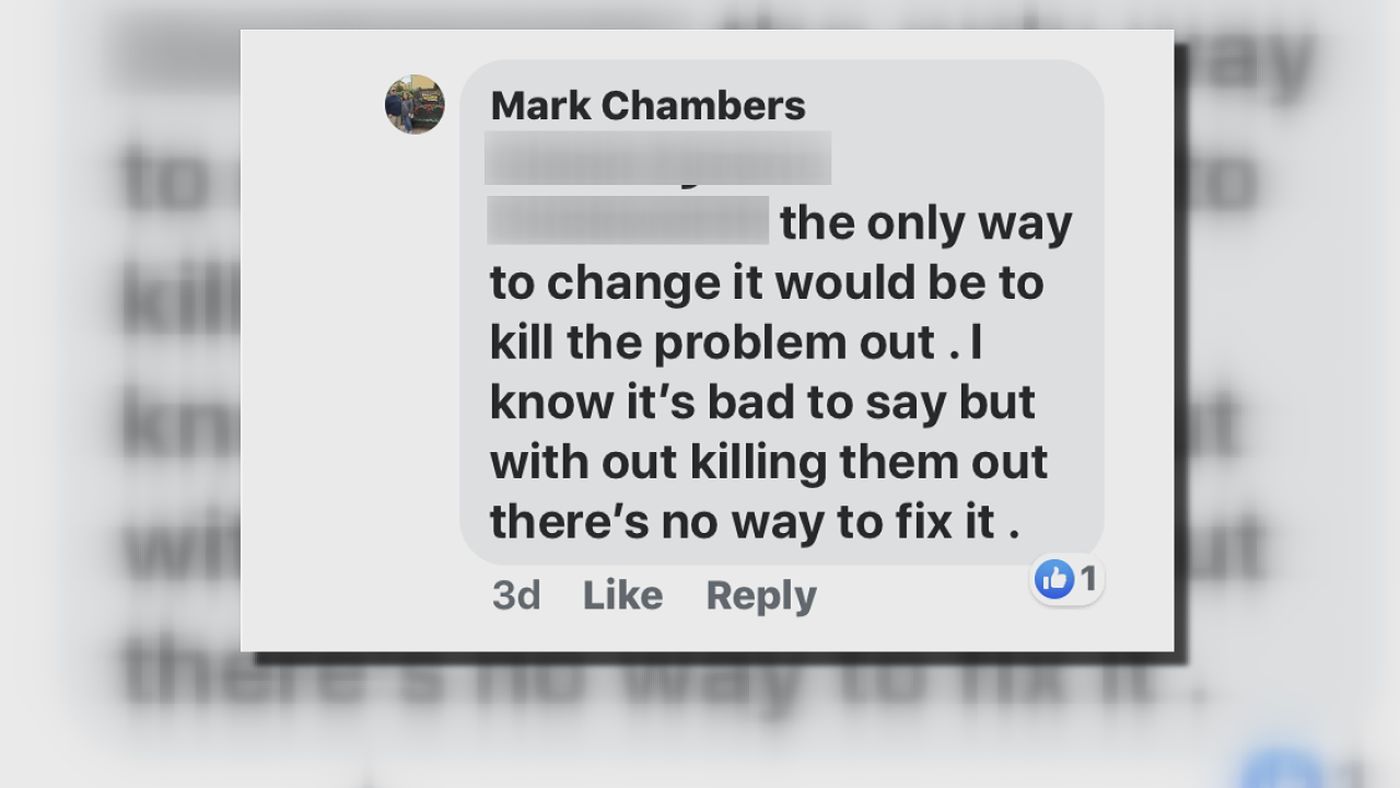 Chambers went on to defend his comments. “I never said anything about killing out gays or anything like that”. Then he ranted about privacy and his Facebook page not being for the public, although he acknowledged his pages privacy settings were public. He later changed the Facebook page to private.

Mayor Chambers said he was not concerned about criticism from his constitutes. He said there is only one person in the town who does not like him and that he does not have a problem with anyone.

Yesterday, Tuesday 4th of June, Chambers posted an apology on his Facebook page, however, hundreds of comments on WBRC’s Facebook page condemned Mayor Chambers’ actions and called for his resignation. The WBRC FOX6 News went back to the town to hear from its leaders how they feel about Chambers comments.

A council member, who asked not to be identified, said that Chambers was formally asked to resign after yesterday’s council meeting.

Another council member, Reverend Clarence Colbert, says he and several other city leaders stand behind Chambers. “Carbon Hill has never had a black police chief until they got mayor Chambers in office. He hired the first black police chief,” Colbert said. “Since he’s [Mayor Chambers] been here, we have increased our budget. We have given raises a couple of times to all of our employees.”

Another council member, said they condemn the Mayor’s comments but agree with Colbert on the Chambers’ track record.

“He’s apologized profusely and said he was sorry, and he would do whatever it takes, even if it meant stepping down,” Colbert said. “I told him, ‘please don’t step down’ because his leadership has brought the city as far as it has.”