The Port is looking for “The New Voice of Progreso”

Progreso, Yucatán. May 9, 2019. -” The Municipal Culture Department of Progreso makes an open invitation to participate in the first singing competition “The New Voice of Progreso” (La Nueva Voz de Progreso), an event intended to encourage local talent. People between 15 and 30 years of age can register to participate, either solo or in duet”, said Elvia González Palomo, head of Culture in Progreso.

Gonzalez Palomo said the contest will be held in two stages; the first is the Audition, which will take place on Friday, May 17 at the Casa de la Cultura de Progreso, the results of the first stage will be announced at the end of the Audition. (Only singers that have never won other singing contests can participate).

The second stage will be held on Friday, May 31, 7 pm, at the Morelos Park, and only six participants will pass to the finals.

“The first three places will be awarded, and the jury will be composed of people with extensive knowledge and expertise in the discipline of singing, who will qualify tuning, quadrature, diction, scenic displacement and scenic projection” González Palomo highlighted.

The official stressed that this competition seeks the young local talent, people who have not had an opportunity to prove their capabilities. And added that the commitment of Progreso’s mayor Julian Zacarias Curi is to encourage the young people of this port to excel in different areas, and singing is not the exeption.

“There are many young Progreseños who belong to a musical group or who would love to make singing a way of life, so we hope to have a large number of participants,” the official concluded. 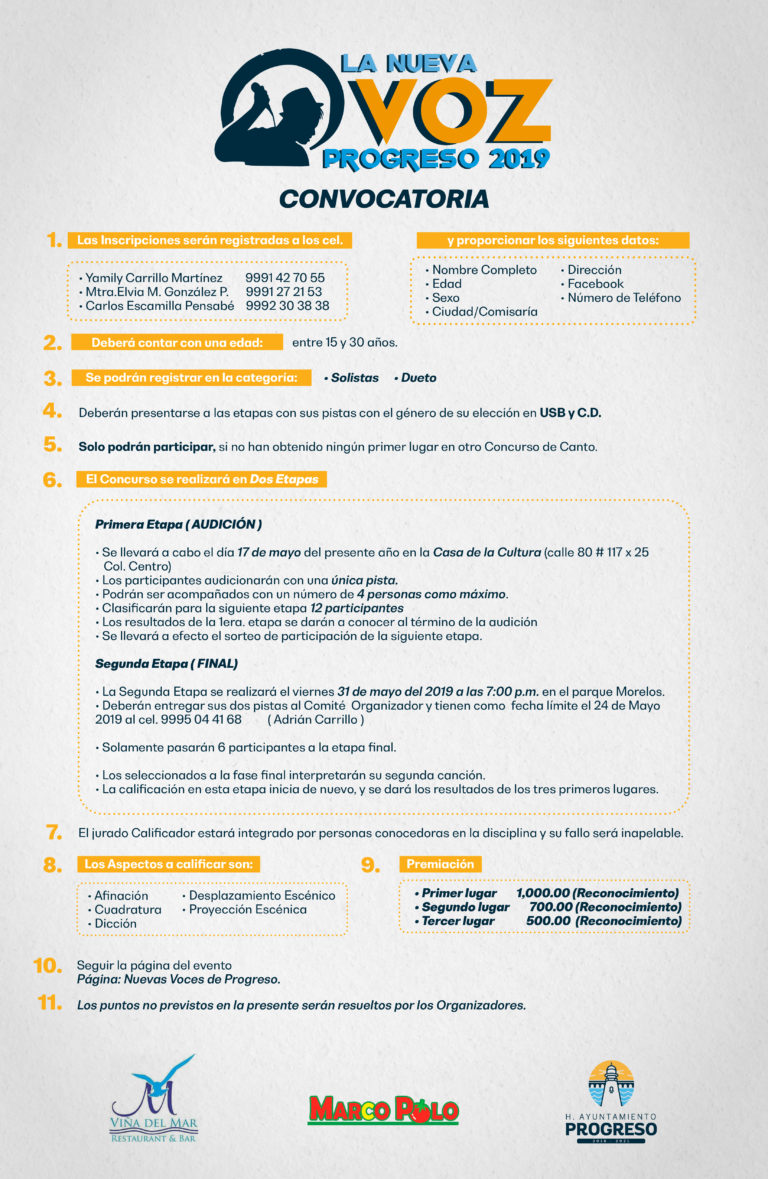