The ‘American Taliban’ is released from prison.

TERRE HAUTE Indiana, USA. (Agencias) – John Walker Lindh, the so-called “American Taliban” whose capture in Afghanistan riveted a country in the early days after the September 11 attacks, has been released from prison.

After serving 17 years of a 20-year sentence, Lindh, the first US-born detainee in the war on terror, today, Thursday May 23 2019 walked out of a federal prison in Terre Haute, Indiana and will join the small, but growing, group of Americans convicted of terror-related charges attempting to re-enter into society.

John Walker Lindh will live in Virginia subject to the direction of his probation officer, but some people are calling for an investigation into his time in prison —where allegedly it is said in some US government reports to have made pro-ISIS and other extremist statements—  that could send him back into detention.

Reports of Lindh’s maintained radicalization, are detailed in two 2017 official counterterrorism assessments, are raising multiple questions about the efforts of the US government to rehabilitate former sympathizers like him, who are will complete prison sentences in waves in the coming years.

John Walker Lindh was raised in the suburbs north of San Francisco and took an interest in Islam at a young age, converting to the religion at 16 and moving to the Middle East to learn Arabic after finishing high school. In 2000, according to documentation of his interrogations, Lindh went to Pakistan and trained with a radical Islamic group there before moving to Afghanistan and joining the Taliban. 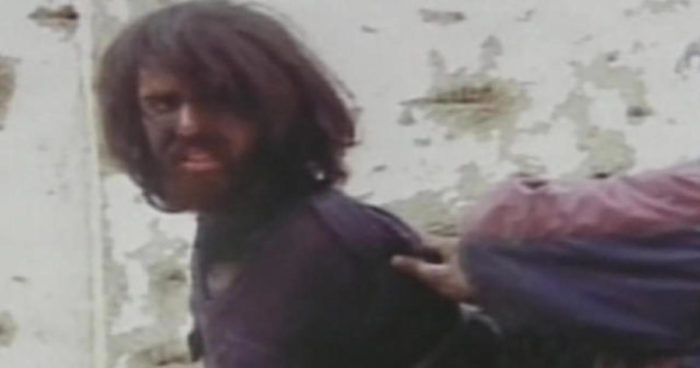 Because he was not native to Afghanistan and did not speak the local languages, Lindh told investigators that he joined the “Arab group,” or al Qaeda, studying maps and explosives, fighting on a front line, and at one point, meeting Osama bin Laden.

When US troops first encountered Lindh in November 2001, just weeks after the September 11 attacks, he was in bad shape and wounded.

A CNN camera filmed as Lindh, a daze cast over his dirty face, told American forces how he had wound up at a detention camp in northern Afghanistan and survived a Taliban uprising there that killed hundreds of prisoners and a CIA officer, Johnny Michael Spann.

Lindh admitted to participating in the revolt near Mazar-e Sharif, Afghanistan, but prosecutors did not say that he had a role in Spann’s death.

Initially charged with a raft of serious offenses, including conspiracy to kill US nationals, Lindh, in 2002, struck a deal reportedly offered by prosecutors in part to prevent details of the apparent mistreatment of Lindh at the hand of US forces by his defense. Lindh pleaded guilty to fighting alongside the Taliban.

According to the NCTC report, as of May 2016, Lindh “continued to advocate for global jihad and to write and translate violent extremist texts.” In March 2016, the report says, he “told a television news producer that he would continue to spread violent extremist Islam upon his release.” Lindh had made “pro ISIS statements to various reporters,” the Bureau of Prisons report also stated.

In an email to his father included in the BOP report, Lindh said that he was “not interested in renouncing my beliefs or issuing condemnations.”

On Wednesday, a local NBC News station in Los Angeles released excerpts from correspondence a producer there had with Lindh from behind bars, where Lindh said in 2015 he thought ISIS was doing a “spectacular job.” “The Islamic State is clearly very sincere and serious about fulfilling the long-neglected religious obligation of establishing a caliphate through armed struggle, which is the only correct method,” Lindh told the producer, according to the report. 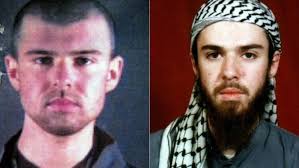 Prison term
In prison, Lindh was known to be deeply religious — he recited the entire Quran from memory each week, and regularly gave a call to prayer for the other Muslims in his unit, according to a narrative written by an inmate who served with him.

Lindh went by the name Yayha, an inmate wrote in the anonymous essay, published by CAGE, a group started by someone released without charges after being detained in Guantanamo that advocates for those arrested or prosecuted in the war on terror. “His whole life revolves around reading, writing, praying, and working out in his cell. His Muslim brothers know he is busy so they don’t hesitate to cook for him in order make sure he eats well,” the inmate wrote.

“Free time is a great gift from Allah and few people enjoy more of it than prisoners,” Lindh wrote. “The best way we can express our gratitude to Allah for this gift is through the study, recitation, memorization, contemplation, and implementation of His Noble Book.”

After he leaves prison, Lindh’s actions will be closely watched as part of a sweeping set of conditions imposed on his three years of supervised release by Judge T.S. Ellis, who oversees his case in Virginia.

Under the conditions, Lindh is not allowed to possess any “internet capable device” without permission from the probation office, and any approved device would be “monitored continuously.”

Lindh is not allowed to have any online communications in any language other than English unless otherwise approved, cannot communicate with a known extremist, and cannot possess or view “material that reflects extremist or terroristic views.”

The strict impositions are likely to be mirrored in dozens of cases like Lindh’s. As of last week, there were 421 inmates with a history of, or nexus to, international terrorism, in the federal prison system, according to the Bureau of Prisons. Some 60 to 100 of those prisoners are expected to be released in the next five years.

Counterterrorism experts have said that the federal government has not done enough to prepare for the coming trend of releases.

So far, the Lindh family has denied interview requests from all media.