April 22 is the 500th anniversary of Spanish conquistador Hernan Cortes’ landing on the shore of Veracruz, Mexico, in 1519. Cortes’ small army and a growing corps of Indian allies, the coastal Totonacs and the Tlaxcaltecans of central Mexico, marched to the Aztec capital of Tenochtitlan, now Mexico City, and conquered the Aztecs in atwo-year titanic struggle. From the Spaniards’ conquest of that  empire was born modern Mexico. But contemporary  Mexicans are ambivalent about Cortes, and neither Mexico nor Spain is commemorating the anniversary.

This tremendous story, as John Derbyshire recently called it, is filled with unforgettable personages, including the Aztec emperor Montezuma, reigning when Cortes arrived, and the last emperor, Cuauhtemoc, who resisted the Spaniards in the culminating siege of Tenochtitlan.

Cortes’ Spanish foes included Diego Velasquez, Spanish governor of Cuba. When Cortes arrived in Veracruz he was an outlaw. Cortes formed a new municipal government at Veracruz—”True Cross,” Cortes had landed on Good Friday. That ended the authority of Velasquez, and left as Cortes’ only authority the Spanish King, conveniently thousands of miles away across the ocean.

Then Cortes sent a ship back to Spain and scuttled the rest of his vessels to motivatehis men. It was conquer…or die.

In Tenochtitlan, Montezuma invited Cortes as guest, but later, the Spaniard seized the emperor as a hostage. Cortes had to leave the city when Velasquez sent another Spaniard, Panfilo de Narvaez, with a larger army to arrest Cortes. But the clever conquistador defeated Narvaez and absorbed most of his army into this own.

Back in Tenochtitlan, the delicate relationship with the Aztecs broke down when the man Cortes left in charge, Pedro de Alvarado, attacked them. So Cortes had to rescue the Spaniards from the city. His next step toward conquering the city was an all-out siege. On August 13, 1521, the city fell to the Spaniards and their Indian allies.

Many Mexicans identify emotionally with the Aztecs. When I lived in Mexico and taught English, even Mexicans of Spanish descent  talked about how “the Spaniards conquered us.” A class of mostly white Mexicanstudents told me Cortes was bad and the Aztecs were “cool.”

Consider, though,that most Mexicans are mestizos, with both Indian and Spanish ancestry. If it weren’t for Cortes and other Spaniards, then most contemporary Mexicans would not exist. So bashing Spaniards who lived 500 years ago, particularly in the Spanish language, doesn’t really make sense.

In reality, Cortes is the father of Mexico.  Yes of course, there were people and cultures on the land before 1519, but they didn’t form a single political entity and a single identity.   Cortes conquered the Aztec Empire, and in the following years, the Spaniards and their Indian allies continued to conquer adjoining regions until all of present-day Mexico was part of the Spanish colony of Nueva España  (New Spain).  In 1821, upon independence, New Spain was named Mexico, after the capital city.

The Spanish conquest, begun by Cortes, brought that about. So if it weren’t for the Spaniards, Mexico as we know it would not exist.  In reality, Cortes is the founder, the father, of Mexico.

Many Mexicans don’t look at it this way and emotionally identify with the Aztecs.  So they have some Daddy issues with Hernan Cortes.

And they have Mommy issues about La Malinche, Cortes’ Indian interpreter, right-hand woman and mother of his first son, one of the first mestizos.

La Malinche has been characterized as a traitor.  But traitor to whom?  The Mexican nation did not exist in 1519.  She was a slave, given to the Spaniards by a group of defeated Indians in the present-day state of Tabasco, before Cortes arrived to Veracruz. (Click here, here and here for 16th– century representations of Cortes and the Malinche).

In March, Mexico’s president, Andres Manuel Lopez Obrador (“AMLO”), wrote a much-ridiculed letter to King Felipe VI of Spain, asking him to apologize, not for the conquest itself but for human rights violations visited upon the natives. Showing surprising backbone, the Spanish government brushed him off:  “The arrival 500 years ago of the Spaniards on territory that is now Mexican,” it said, “cannot be judged in the light of contemporary considerations”. [Mexico asked Spain to Apologize For its Conquest. Spain said no, by Jack Herrera, Pacific Standard, March 26, 2019]

AMLO does plan to commemorate the fall of Tenochtitlan, but that’s not until 2021. On March 14, he and his wife commemorated the Battle of Centla, where Cortes fought the Mayans before he set out for Veracruz.

Academics of both countries, including those of Mexico’s National Autonomous University and the University of Salamanca, the oldest and most prestigious in Spain, are staging joint symposia.  [Universities to mark 500th anniversary of Cortes’ arrival in Mexico, EFE, April 5, 2019]

And then we have Jesusa Rodriguez, a lesbian senator from Mexico’s ruling leftist MORENA party, who recorded a video about the conquest.

“With this conquest the Catholic religion arrived, imposed by blood and fire by fanatics and murderers to plunder our territory and culture,” she said. “They also brought us a violent diet”. [‘Cuando comes tacos de carnitas festejas la caída de Tenochtitlán’ (When you eat ‘tacos de carnitas’ you celebrate the fall of Tenochtitlan) Excelsior, March 18th, 2019]

That “violent diet” includes tacos de carnitas, or tacos of little meats, a popular pork dish combining tortillas, an Indian invention, and pork, introduced by the Spaniards. Eating such a dish, she opined, celebrates the fall of the Aztec capital in 1521.

Her video was so over the top that former Mexican President Felipe Calderon (2006-2012) responded on Twitter, tweeted that her rant was delirious and that he liked tacos de carnitas.

Many today have an idealized view of American Indian societies, including that of the Aztecs. “Hate was just a legend and War was never known” sang Neil Young of the pre-Conquest Aztecs in his song “Cortez the Killer.”

This, however, is not what history and archaeology tell us about the Aztecs, who accomplished some great things but were also imperialists who conquered other Indian nations.

The  best historical source for the Cortes saga is Bernal Diaz del Castillo, one of the soldiers who accompanied Cortes and wrote the vivid account, True History of the Conquest of New Spain (online in Spanish and English). 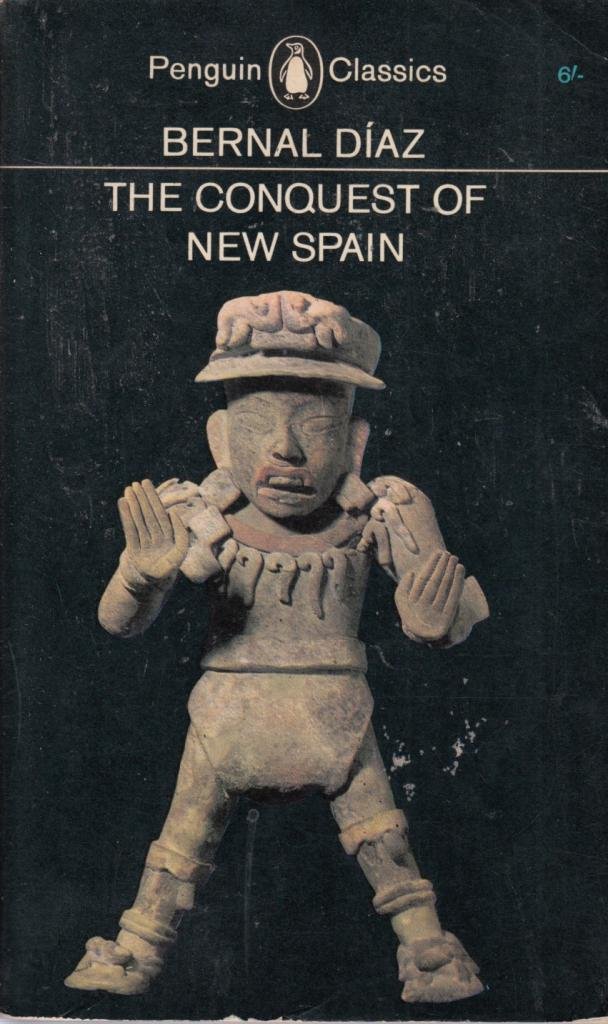 In 1998, my wife and I took a two-week trip in the spring, to follow the Route of Cortes.  We traveled by bus, from Veracruz on the coast to Tenochtitlan, now called Mexico City.

True History helped us find some places, and left me with the impression that he told the story accurately. And I wasn’t the only one who thought that. In Quiahuitzlan, near the coast, a guide asked us how we’d found out about the place. True History, we replied, and lo and behold the guide pulled his own copy from his backpack.

Hernan Cortes was a conqueror and a warrior, but not some kind of  genocidal maniac.  Cortes preferred to negotiate and was a master negotiator, able to forge alliances with Indian nations which were either subject to or enemies of the Aztec Empire.   But when he felt he had to fight, he was a ruthless warrior.

His original plan was not to overthrow the Aztec empire  or destroy Tenochtitlan, but to annex it and leave Montezuma and the Aztec elite as vassals or satraps of the Spanish Empire. A fervent Catholic, Cortes also wanted all the Indians to convert.

Of course, the Aztec culture is fascinating.  Their capital, Tenochtitlan, situated on a lake, was a spectacular engineering achievement. (Click herefor an illustration).

Bernal Diaz del Castillo described the impression of the Spaniards as they first approached the city:…we were astonished, and we were saying that they  appeared to be the enchanted things told of in the book of Amadis [a chivalric romance], for the great towers and temples and buildings that they had in the water…  See here in Spanish or here in English.

But  contrary to what Neil Young sang, the Aztecs were ferocious imperialists, driven by a supremacist ideology. Their polytheistic religion told them they were the favored people of a war god known as  Huitzilopochtli. The empire was constantly expanding. When Cortes arrived, it covered about a quarter of modern Mexico. True History describes a massive Aztec slave market in their capital.

Human sacrifice was part of the Aztec religion, although some Mexicans have, with a straight face, claimed that the Aztecs were actually practicing advanced surgery that the Spaniards misinterpreted. It was “surgery” all right, hardly advanced but good enough to get the job done, particularly when the Aztec elites got the munchies. 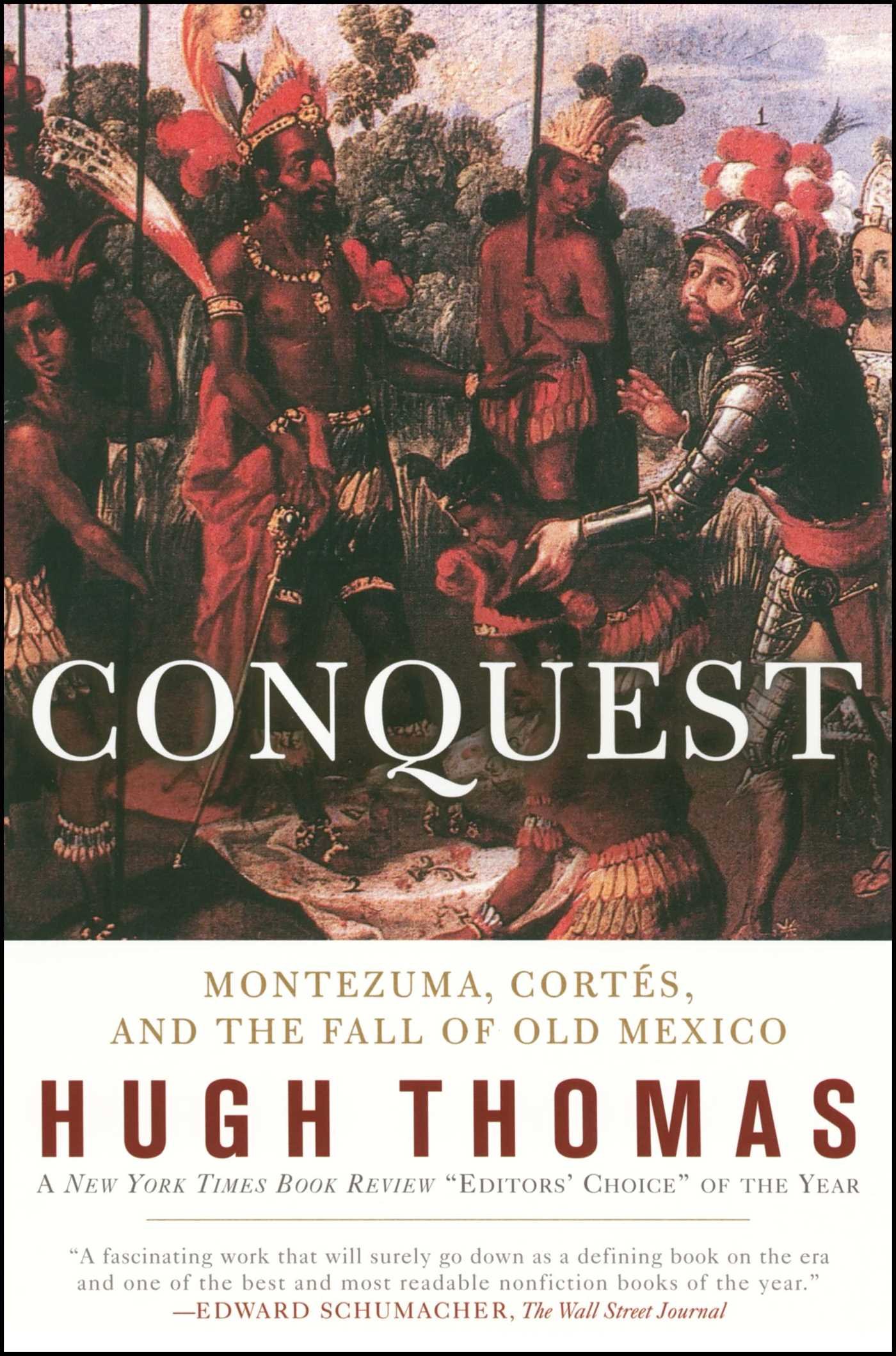 Aztecs were cannibals, but they didn’t just grab a piece of human flesh and wolf it down. They ate it in a civilized fashion, preparing it with condiments. For the benefit of our lesbian senator, a note about those tasty tacos carnitas with pork: in his review of Hugh Thomas’  Conquest: Montezuma, Cortes, and the Fall of Old Mexico, Stephen Cox observed that “pork became a favorite dish of the former Aztec nobility, ‘since it had a slight taste of human flesh’”. [I Left My Heart in Tenochtitlan, Liberty Magazine, November 1995] Today, you can still see in Mexico City the Aztec ruins of the Templo Mayor,the great temple where the Aztecs butchered their victims.

In the city of Cholula the Spaniards and their Indian allies were almost killed and eaten.  The Verdadera Historia records that …They wished to kill us and eat our flesh, for which purpose they had already prepared the cooking pots, with salt and chili pepper and tomatoes…”  (Source here and English source here.)  In response Cortes launched a  massive pre-emptive strike.

For the subject peoples, the Aztecs were tyrants and Cortes a liberator.

The Verdadera Historia describes a meeting of Cortes with leaders of the coastal Totonacs, among them the one the Spaniards dubbed the “Cacique Gordo”, the Fat Chief. The Totonacs were…“..giving such complaints of Montezuma, and they told of his great powers, and said with tears and sighs….Besides telling how they had been subjected, that every year they demanded sons and daughters to sacrifice, and others to serve in their houses and fields, and many other complaints, that were many, that now I don’t remember, and that the tax collectors of Montezuma took their wives and daughters if they were beautiful  …. And while this discussion was going on, some Indians from the same town came quickly to say to all the chiefs …that five Aztecs were coming, tribute collectors of Montezuma, and when they heard that they lost their color and trembled with fear….. (Source here and English text here). Sure enough, the text goes on to say the tribute collectors demanded 20 Totonac men and women for human sacrifices.

Contemporary Mexicans would do well to appreciate both the Spanish and Indian sides of their heritage.  And some do.

At the ruins of Tlatelolco, the place in Tenochtitlan where the Aztecs surrendered in 1521, there is a monument with an  inscription written by someone with a good grasp of history.  Rather than present the fall of Tenochtitlan as a melodrama, it puts the fall of the city in perspective:

Heroically defended by Cuauhtemoc,
Tlatelolco fell to the power of Hernan Cortes.
It was neither a triumph nor a defeat.
But the painful birth of the mestizo nation that is the Mexico of today.