“I tried three times. I believe it was right to persevere, even when the odds against success seemed high. But it is now clear to me that it is in the best interests of the country for a new Prime Minister to lead that effort,”

London (CNN) – UK Prime Minister Theresa May gave in to the intense pressure over her failure to secure Britain’s withdrawal from the European Union, announcing her resignation this Friday.

May said she deeply regretted not being able to deliver Brexit, the issue that brought her to power in 2016 and which consumed her premiership in the three years since. In her speech, she also said she would quit as leader of the Conservative Party on June 7, but would stay on as Prime Minister until a successor is chosen. That process will be completed by the end of July, according to her party. May alleged she had done everything she could to convince Members of Parliament (MPs) to back her thrice-rejected Brexit deal, but acknowledged that she had failed. “I tried three times. I believe it was right to persevere, even when the odds against success seemed high. But it is now clear to me that it is in the best interests of the country for a new Prime Minister to lead that effort,” she said. “It is, and will always remain, a matter of deep regret to me that I have not been able to deliver Brexit.”

She explained it would be down to her successor to find consensus where she could not, and urged all sides to compromise. “I will shortly leave the job that it has been the honor of my life to hold — the second female Prime Minister but certainly not the last,” May said, her voice cracking with emotion.

“I do so with no ill-will, but with enormous and enduring gratitude to have had the opportunity to serve the country I love,” she said, bursting into tears as she left the lectern and walked back into Number 10. 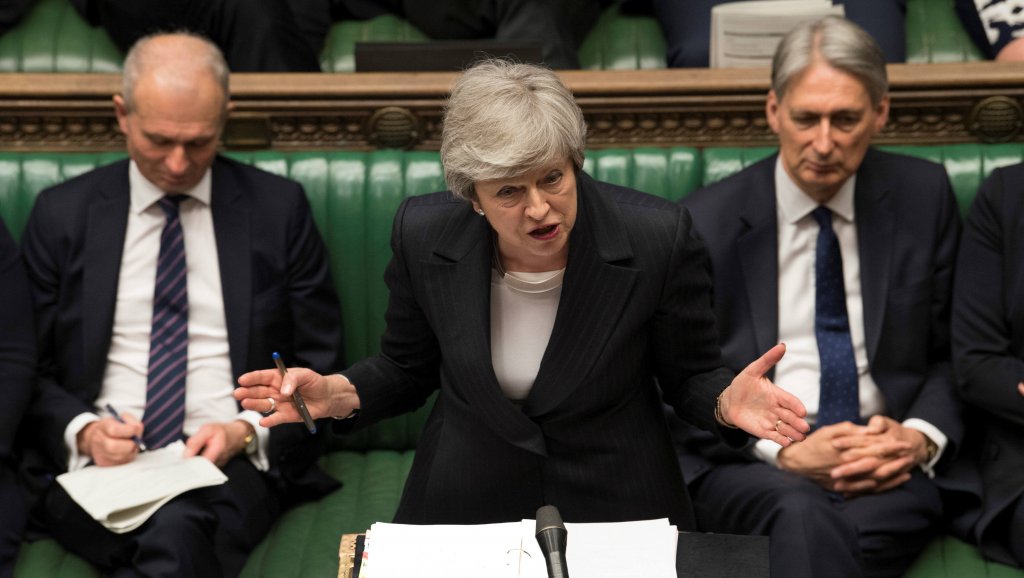 May was forced into making Friday’s announcement after losing the support of her Cabinet, many of whom were fed up with the ongoing turmoil over Brexit. The last straw for Cabinet ministers appears to have been the latest version of May’s Brexit plan, which she unveiled on Tuesday.

In an attempt to win over opposition lawmakers, May offered the House of Commons the chance to vote on a second referendum — a concession that was bitterly opposed by some senior members of her government.

Her fate was sealed by the leadership of the 1922 Committee — which represents the interests of rank-and-file lawmakers in May’s Conservative Party — who threatened to change party rules to allow a vote of no-confidence. May survived an earlier confidence vote in December last year, and under current rules was immune to challenge for another year.

May’s announcement sets off a frantic race to succeed her. Conservative MPs will vote on their preferred candidates by the end of June, the party said. The top two choices will then be put before the wider party membership who will choose the leader by the time Parliament breaks for summer recess on July 20. The winner will then replace May as Prime Minister.

One leading candidate is Boris Johnson, the wily former Foreign Secretary who commands significant support among grassroots members of the party.

Johnson has bitterly opposed the withdrawal deal that May negotiated with the EU, and resigned from her Cabinet over it. On Friday, he described May’s statement as “dignified” and said “it is now time to follow her urgings: to come together and deliver Brexit.”

It is unclear whether the next Prime Minister will have any luck reopening May’s withdrawal deal. May’s successor will face the same deadlocked House of Commons, which has repeatedly rejected her plan but failed to vote in favor of any kind of alternative.