Democratic lawmakers filed a petition in Congress for Trump to file his tax returns. Trump is the first president since Nixon to refuse to do so.

Washington (AFP). – The White House affirmed on Sunday that President Donald Trump will “never” release his tax returns to his Democratic opponents, despite the petition they presented in the U.S. Congress.

Trump is the first U.S. president since Richard Nixon (1969-1974) to refuse to disclose his tax status. 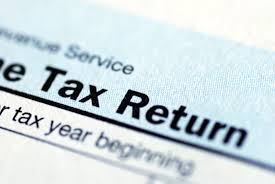 The Democrats took advantage of their majority in the House of Representatives to demand on Wednesday from the U.S. Treasury the last six tax returns of the U.S. president. Will the Democrats get those documents? Never. And they don’t have to have access to them. t’s an issue that was already debated during the 2016 presidential election” responded Trump’s interim chief of staff, Mick Mulvaney, on Fox.

“The voters knew the president could have filed his tax returns, they knew he hadn’t done it and they elected him anyway and, of course, that’s what drives (the Democrats) crazy” the chief of staff said. To justify their request, House Democrats say they want to see how the U.S. Treasury (IRS) inspects the president’s statements.

Trump was reluctant Wednesday to deliver those documents, since it was already subject to fiscal control. Jay Sekulow’s Trump´s personal attorney repeated that argument on a Sunday in an interview for ABC and said the Democrats’ justification made “no sense”.

Democrats have been multiplying parliamentary investigations against the Republican president since January, but their leaders are ruling out for the time being a process of impeachment against Trump.