Trump baby blimp… back and bigger for UK state visit.

The balloon portraying Trump as a bad-tempered baby could be five times size of its predecessor.

LONDON. (The Guardian). – The Donald Trump baby balloon, which became the focal point of protests against the US president’s visit to the UK in July, will rise again for the state visit and could be accompanied by a bigger version, activists have revealed. Anti-Trump campaigners are considering launching a hot air balloon, five times the size of the blimp, which would also depict Trump as a crying baby in a diaper.

Leo Murray, who crowdfund the original six-metre-high inflatable, said: “The Trump baby will definitely fly again. We have been toying with the idea of a Trump baby hot air balloon, which would be about five times the size. But would cost a huge amount of money – upwards of £70,000.” 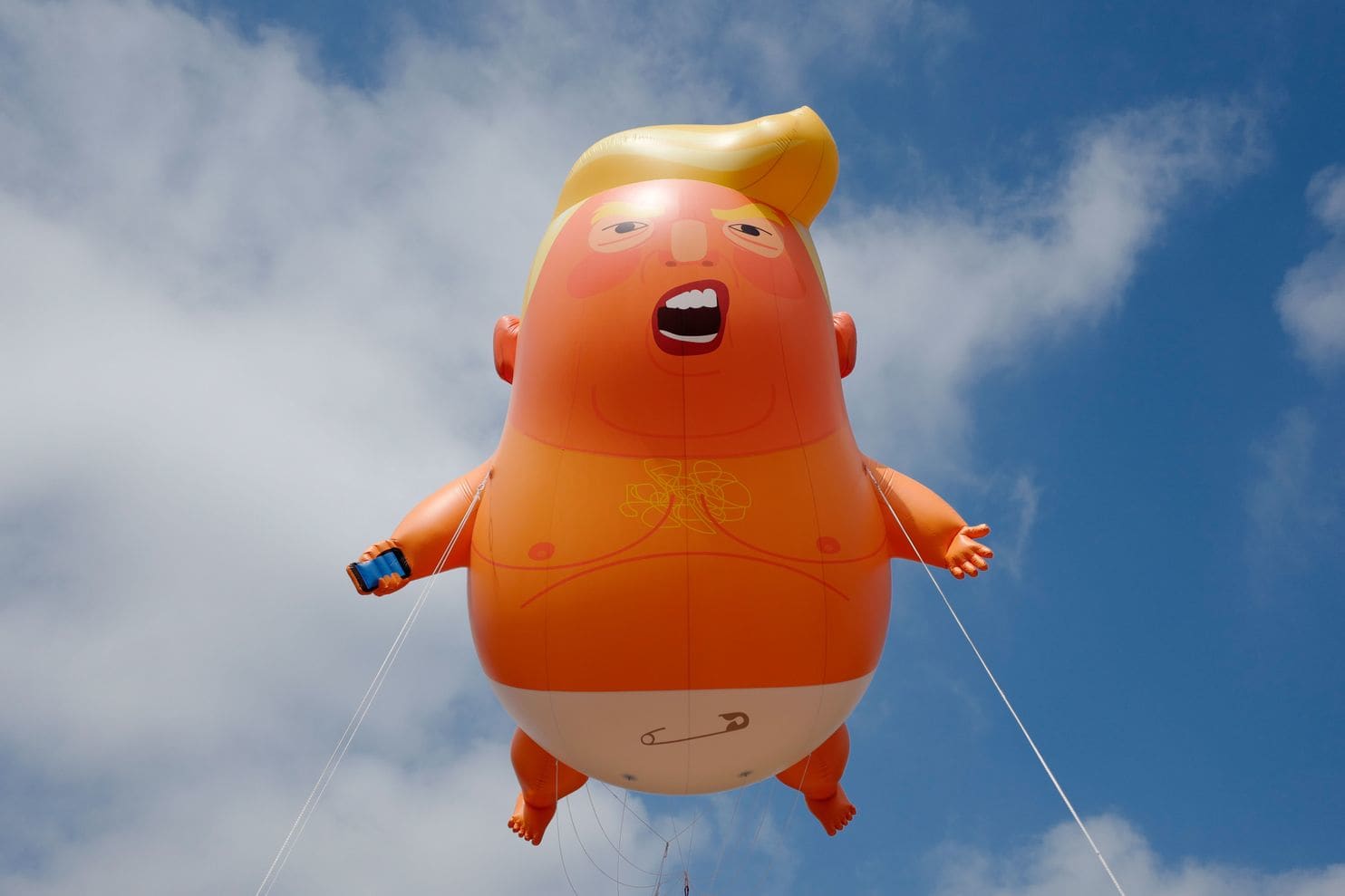 The shadow Treasury minister, Clive Lewis, called on protesters to “dust off the blimp” amid widespread opposition to the three-day state visit in the first week of June, announced on Tuesday.

A spokesman for Sadiq Khan, London´s major hinted that an attempt to relaunch the balloon would be approved. However, campaigners fear the authorities will block the approval for a bigger version of the dirigible.

Asad Rehman, executive director of “War on Want” and a member of the “Stop Trump Coalition” said: “We do have the baby blimp – it will fly and we’re also thinking about the option of making a bigger baby blimp. Logistics are the only consideration. We are very confident there will be more than a quarter of a million protesters. Trump’s visit last year mobilised a large number of people, but a year later the man has done more to rip up human rights, step back from international norms, continued his climate denialism and fuelled white nationalism.”