Sargasso arrives with packages of drugs 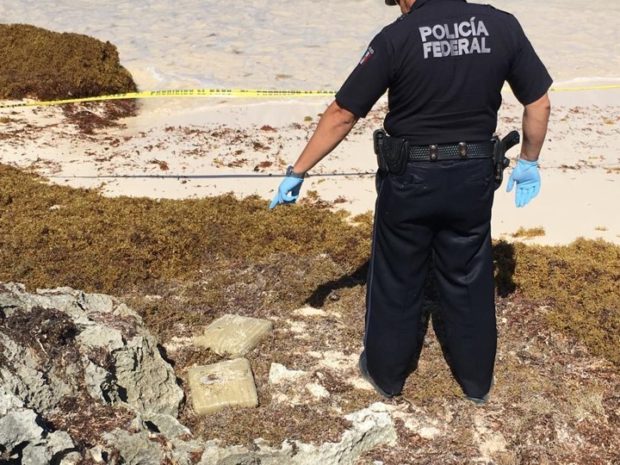 PLAYA DEL CARMEN, MX (NOTICARIBE).- Since a few days ago the coasts of Tulum began to fill with sargasso. According to experts this is only the beginning of a new massive arrival of seaweed to the Mexican beaches, this time the sargasso came with a surprise.

Amongst the abundant seaweed two cinnamon-colored packages appeared on the shore of the “Santa Fe” public beach , which allegedly contain drugs.

People at the beach reported to 911, two  suspiciously wrapped packages. Elements of the Federal Police arrived to the beach, and declared that it was dry grass with the characteristics of marijuana, the packages had a total weight of 4 kilos 855 grams.

For this reason, both bricks of alleged drugs were delivered to the Attorney General´s Office (FGR) in the municipality of Solidaridad (Playa del Carmen)