Pedro Infante… 62 years of a legend

On a day like today, 62 years ago -April 15, 1957- one of the most loved and revered icons in Mexican popular culture died.

Pedro Infante was born on November 18, 1917 in Mazatlán, Sinaloa. 62 years after his death, he is still an idol and the Yucatecans remember him every year with a tribute at the corner of the “Socorrito” located on 54 Street by 87 Street Centro where he crashed his plane a Consolidated B-24 Liberator.

The house where he lived in the city of Merida for more than 10 years is located at Avenida Itzáes #587 and it is today, the “Boulevard Infante Hotel”. It belongs to a group of businessmen who turned it into a hotel in 1959. The house dates from the 40’s and it was in 1954 when it was acquired by Pedro Infante.

Currently the hotel has 80 rooms with air conditioning and pool. It is very close to the City´s Historic Center. In the hotel, there is a gallery called “Amorcito Corazón” where some objects that were used by the Mexican actor are exhibited.

Pedro Infante Cruz was also known as “The idol of Mexico”. He was a singer, actor, legend of the Golden Age of Mexican Cinema and the vernacular song, and many used to considered him as a Mexican Frank Sintra. Today he is still as loved, remebered and his music and movies remain as current as they were back then. 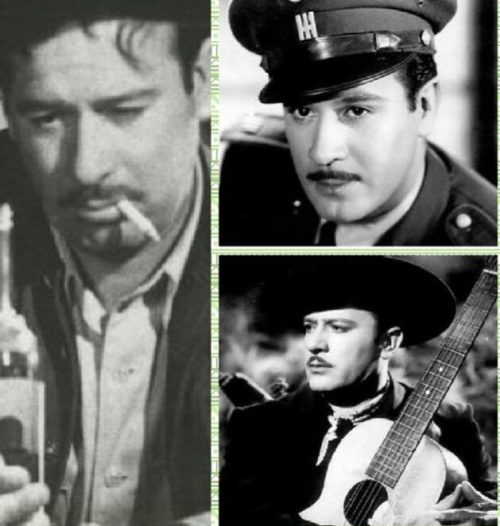