One ton of garbage is taken out of a cenote in Dzitya, Mérida municipality

With the support of some 200 volunteers, who came from all over the state, including children, teenagers, adults and even elderly people, it was possible to collect around one ton of solid waste at cenote Chen ha’, located in Dzityá. The garbage was collected not only from the water, but in the surrounding area as well.

The work began at 8 in the morning and concluded at 12 noon, and it was supervised by Yucatecan underwater archaeologist and cave diver, Sergio Grosjean Abimerhi.

A large quantity of bottles, cans, plastics, glasses, cigarette butts, caps, disposable diapers and even television sets and a matress were taken out of the water, along with countless broken and rusted metal objects.

This cenote has been cleaned up several times, the first in 2016, when a similar amount of garbage and solid waste was extracted with the support of several NGOs and the ejido authorities.

Although a sign was installed with the intention of making visitors aware of not throwing away garbage, the area surrounding the entrance to the cenote had to be cleaned up again on December 2018, and now, only four months later, the site was again covered in bottles, cans, plastic, paper and all kind of solid waste.

“It is important that the three orders of government pay attention to this serious problem, since we are talking about just one single cenote, and in the state we have more than three thousand registered,” Grosjean Abimerhi warned. 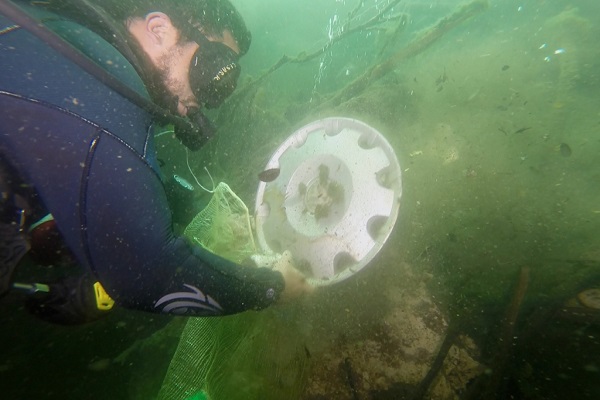 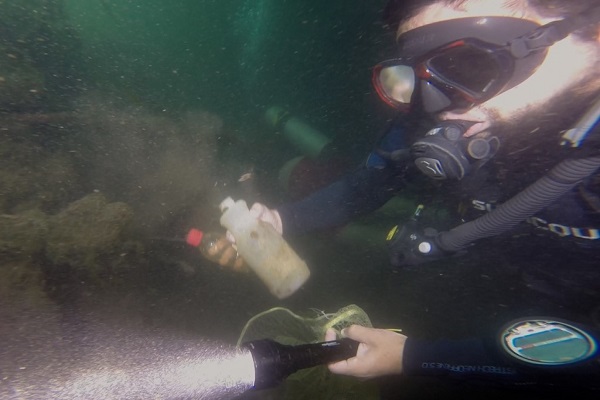 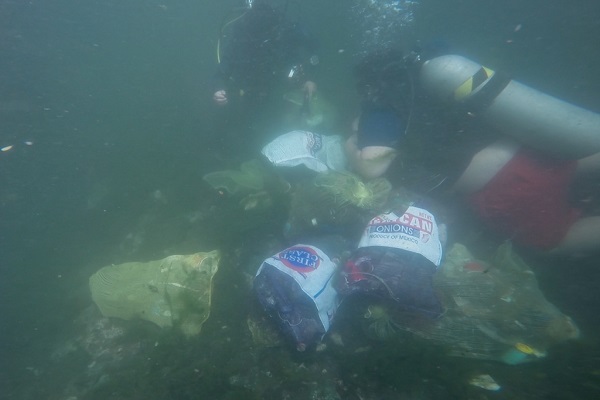 “In the specific case of this emblematic cenote of Dzityá, a Rescue Plan is absolutely vital, and this is the responsibility of the City of Mérida” Grosjean Abimerhi stated.

“The beauty and location of this cenote, and the will of the ejidatarios to rescue it, could turn it into a major tourist attraction, and a recreational space that could perfectly be used by locals and visitors, and the site may even become an icon of the state capital” he added.

“Hopefully this will be the last time we have to clean it up,” concluded the underwater archaeologist and dive master.