TELCHAC PUERTO Yucatan – In the middle of the Easter holiday season, local residents and tourists enjoying their vacations at the beaches of Yucatan, reported that the sea had withdrawn from the shore between 40 and 70 meters inland in a phenomenon considered unsual and  “strange” and that according to residents of the coastal communities, it usually occurs when there is a “full moon”.

In social networks there were many comments from visitors, particularly in the port of Telchac, located in the center of the Yucatan coast, where people can be seen walking into the sand where the ocean used to be just hours earlier. 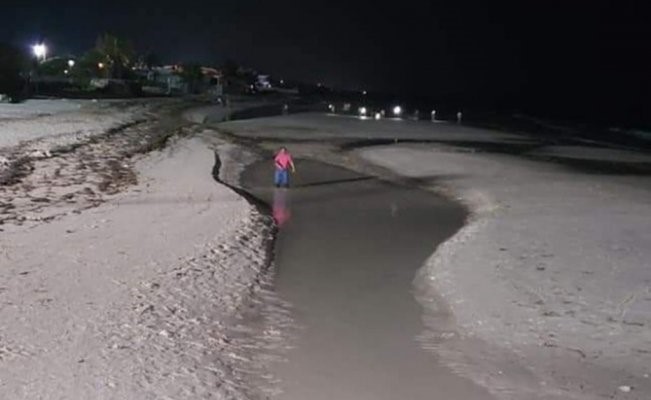 However, this is not something “strange” and it happened in beaches of at least 5 states of the country. In some areas, the water withdrew 20 meters and in others up to 100. The National Meteorological Service explained that this phenomenon is caused by the force of gravity generated by the alignment of the Earth, the Sun and the Moon, it is known as the “Sicigian tide”.

The National Meteorological Service mentioned that the tide of Sicigia does not represent a risk for the population and basically just exposes areas that are generally under water, where rock formations and other structures are located.

In addition to the phenomenon caused by the alignment, there was also a lowering and/or withdraw of the sea on the coasts of California in the U.S., due to winds that turn clockwise and displace the water towards the sea.