The lottery (lotería) originated in Italy in the 15th century and was brought to New Spain (Mexico) in 1769. In the beginning, lotería was a hobby of the upper classes, but eventually it became a tradition at Mexican fairs and throughout the classes. 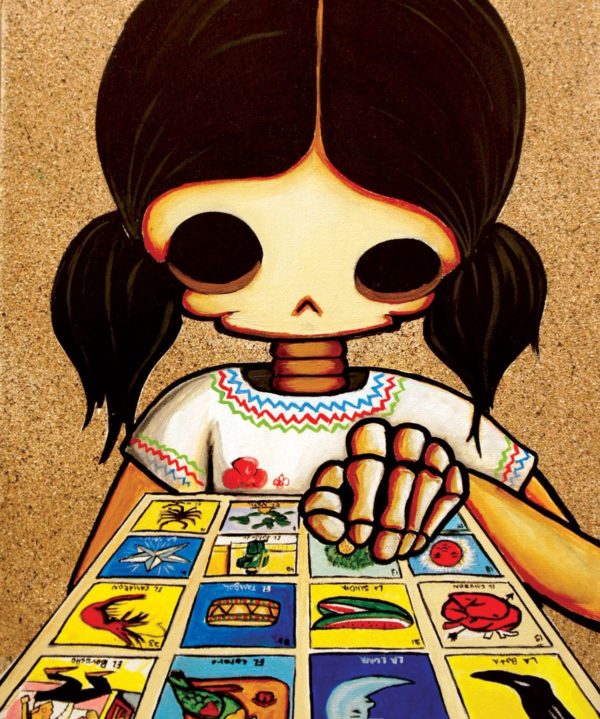 Poetic license is afforded to the announcer of lotería, and his or her cleverness and is often location specific.

For example tame remarks at a church event versus at home with family and friends featuring more innuendos to sex or politics. 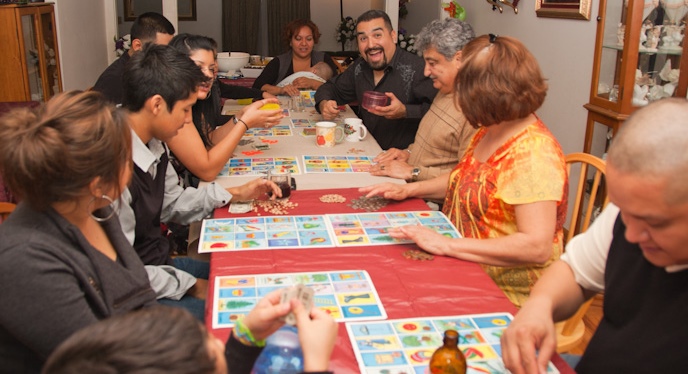 If the image is on your card, you place a chip, bean, corn kernel, whatever on that spot. Once a predefined pattern is formed (like four in row or column) the winner shouts “Lotería!” to win the game and receive the prize.

Because the 54 lotería cards include the name of the pictured character, they are used to teach reading, writing, history, and social values. Popular cards featured in art include the sirena (mermaid), dama (lady), catrin (fancy man) and borracho (the drunk). 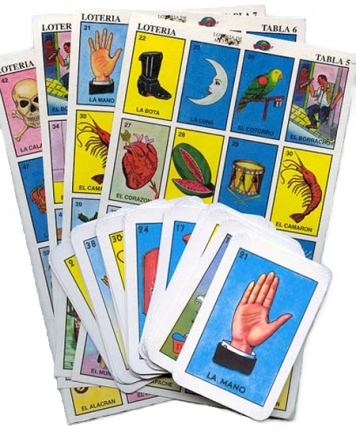 There have been a few versions of the game. French businessman, Don Clemente Jacques, revised the images of the original game in 1887. The “Don Clemente Gallo” version is the most recognizable version of lotería. The Don Clemente company still owns the trademark of the images and manufactures the game in Mexico.

In the 1930’s, a liturgical lotería circulated. It was more of an educational game for the Catholic Church and all the images were related to the Catholic faith. 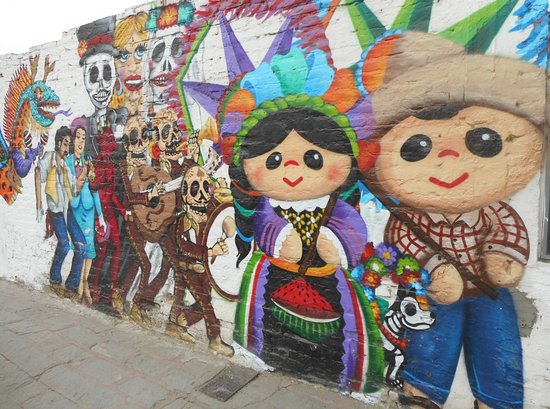 In 2001, the Don Clemente Gallo company commissioned artist Teresa Villegas to revise the images of the game. Production of the new lotería ended in 2008 with the recession.

Still it is the older version of the card’s images you’ll most often see featured on murals, clothing and accessories.

Joseph is the Historical Society’s short-story award winning author of the San Miguel de Allende Secrets book series.  All books in the series are Amazon bestsellers in Mexican Travel and Holidays.  Toone is SMA’s expert and TripAdvisor’s top ranked historical tour guide telling the stories behind what we do in today’s SMA.  Visit HistoryAndCultureWalkingTours.com, and JosephTooneTours.com.