March: the month with the highest number of homicides in Mexico

March, the month with the highest incidence: 2,836 homicides.

MINATITLÁN Veracruz. (Agencias) – During March 2019, 2,836 intentional homicides were recorded in the country, making it the month with the highest incidence, according to the Executive Secretariat of the National Public Security System.

Of the total homicides in the country, Guanajuato, State of Mexico and Jalisco accounted for 29.65 percent; if the comparison is made by homicide victims per 100,000 inhabitants, Colima is the state with the highest incidence, followed by Guanajuato and Chihuahua.

Femicide had an increase of 21.43 percent in just one month, since in February there were 70 victims, while in March the figure climbed up to 85. 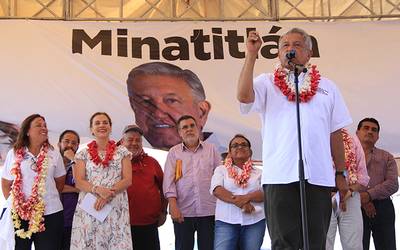 President Andrés Manuel López Obrador, other than offering his condolences and blaming past governments has not been able to control violence in Mexico. On Sunday April 21st in Veracruz, he spoke about the violent acts occurred in Minatitlán, and said the crime waves are “inherited from previous governments”.

One way or another, corpses keep piling up and violence nationwide seems to be unstoppable.