Maduro would fall if its Cuban environment left Venezuela -U.S.-

WASHINGTON (Agencias) .- The United States said today that what keeps Venezuelan President Nicolás Maduro in power are some “25,000 Cubans” inserted “like a parasite” in its security forces, but predicted that it will end up falling thanks to the pressure strategy of the White House and other countries.

“The real power at the top of the Venezuelan government today is between 20,000 and 25,000 Cubans,” acting within Venezuela’s military and intelligence structure, a senior U.S. official told Efe. “If those Cubans were to return to Cuba today, Maduro’s regime would fall. They are like a parasite” added the official, who asked for anonymity. 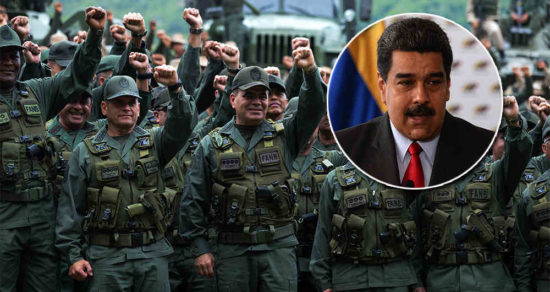 The White House has increased its pressure against Havana because of its support for Maduro, which more than 50 countries, including the United States, no longer recognize as the legitimate president of Venezuela, but which continues to have the backing of powers like Russia and China.

The Washington Post on Sunday published an analysis of the limits of U.S. strategy in Venezuela, in which it assured that the defections of Venezuelan soldiers who broke with Maduro have gone from “80 or 100” a day to just “two or three”.

Despite the absence of a military rebellion against Maduro, the top U.S. official said that “the scales are tipping toward the opposition” led by Juan Guaidó, recognized as interim president of Venezuela by the aforementioned fifty countries.

“It is a mistake to say that things have stagnated. The pressure continues every day,” the source said. “I don’t see how Maduro could manage to stay in power,” he added, saying that U.S. sanctions and international pressure “have almost paralyzed the Chavista government”.

The official assured that revolutions have to confront the institutions of each country, and recalled that Chavismo has been in power in Venezuela for twenty years.

The White House considers the alleged axis formed by Cuba, Venezuela and Nicaragua as a “troika of tyranny,” in the words of John Bolton’s U.S. President national security advisor, who will give a new speech on those three countries, Wednesday in Miami.