The government is already considering embracing this idea that circulates in the heads of several bankers.

Carlos Mota, columnist for Heraldo de México, yesterday dropped a bomb that left many perplexed. The government is considering eliminating the $1,000 and $500 pesos bills. This colossally avant-garde idea begun to circulate amongst bankers: the gradual “demonetization” of high denomination bills: those of $1,000 and those of $500 and perhaps even those of $200 pesos.

What would that mean? That they would cease to have value from one day to the next. They would become worthless printed paper, as if they were Monopoly money.

The demonetization of high denomination bills in Mexico would have two immediate effects: (1) it would cut through the financial exchange mechanism of organized crime and transactions bathed in corruption; and (2) it would insert into the formality millions of Mexicans who resist entering the banking system despite the fact that they could do so -and that step would make them pay taxes that they may never have paid; their transactions would remain transparent before the Tax Administration Service. 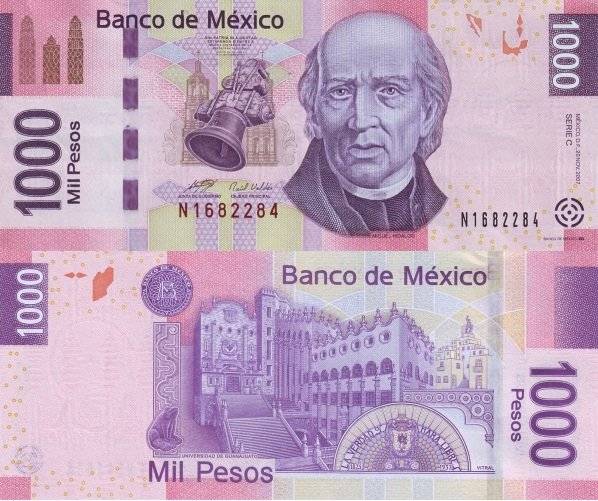 The most notorious antecedent of a recent demonetization occurred in India. On November 8, 2016, overnight, the Prime Minister made a spectacular announcement: high denomination rupee bills would cease to have value. All the inhabitants who wanted to keep the value of the money they had in cash should go to a bank to deposit it in an account (or, as the case may be, to exchange it for small denomination notes, which would make the illegal and corrupt transactions so common there, inoperative).

After the announcement, in a matter of minutes, millions of people lined up outside the banks so that their money would not lose value. Statistics indicated that at that time 90 per cent of financial transactions were carried out in cash.

If we take to the letter what López Obrador has said in recent days, it would not be unreasonable for his government to already be considering embracing this idea that circulates in the heads of several bankers.

There are several signals from the government: (1) the distribution of subsidies to older and younger people is being done via transfers and cards, eliminating cash; (2) the CoDi digital standard is about to start pilot tests these days and will become massive and mandatory in September, facilitating all kinds of electronic transactions; and (3) all the banks operating in the country have been said to be ready for the transition to digitalization.

We will see what the future brings… perhaps an “Aeternum vale” to the high denomination bills.