Dog rescued in oil platform 137 miles off coast of Thailand

Oil rig workers have rescued a dog found swimming in the Gulf of Thailand some 137 miles offshore.

The workers spotted the pup paddling near the rig Friday afternoon before it swam toward the platform and clung to a pole, Vitisak Payalaw, an offshore planner for Chevron Thailand Exploration and Production Ltd., told ABC News.

They used a rope to pull the shivering dog to safety, Payalaw said, adding that the rescue mission took about 15 minutes. 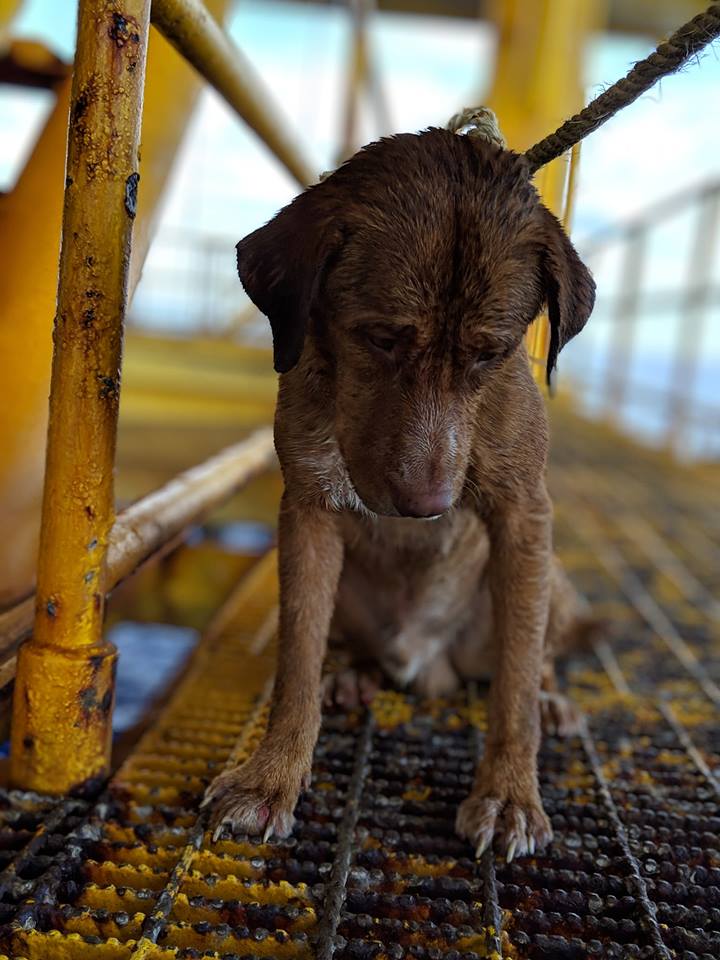 Photos Payalaw posted to Facebook, show the workers tending to the soaking wet pup after he was pulled aboard. 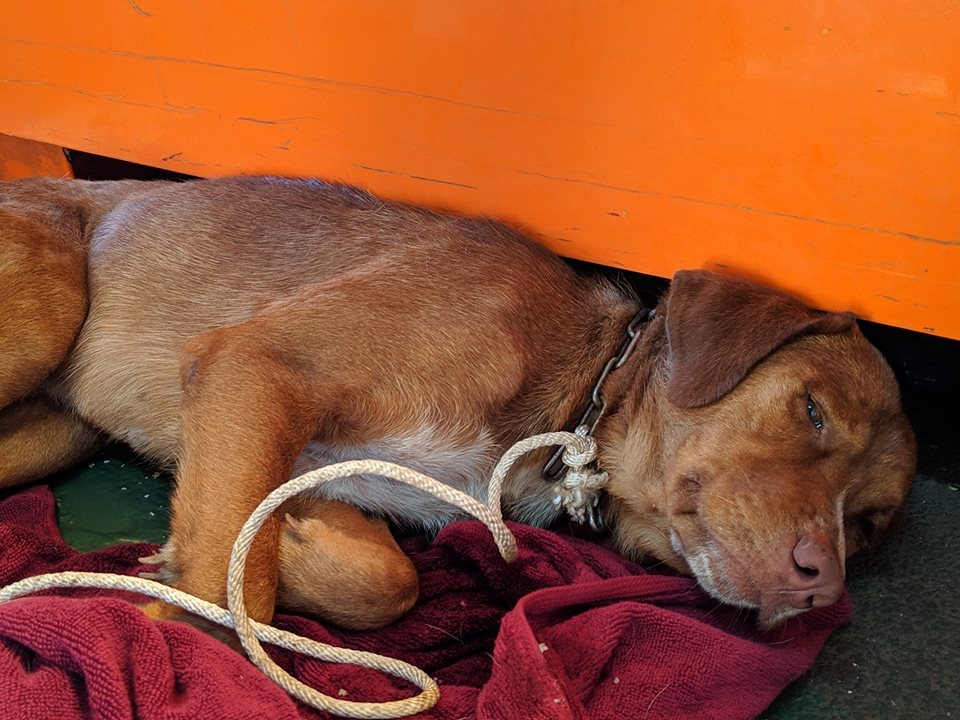 Once dry and rested, the dog seemed to be content as he posed with the doting workers. 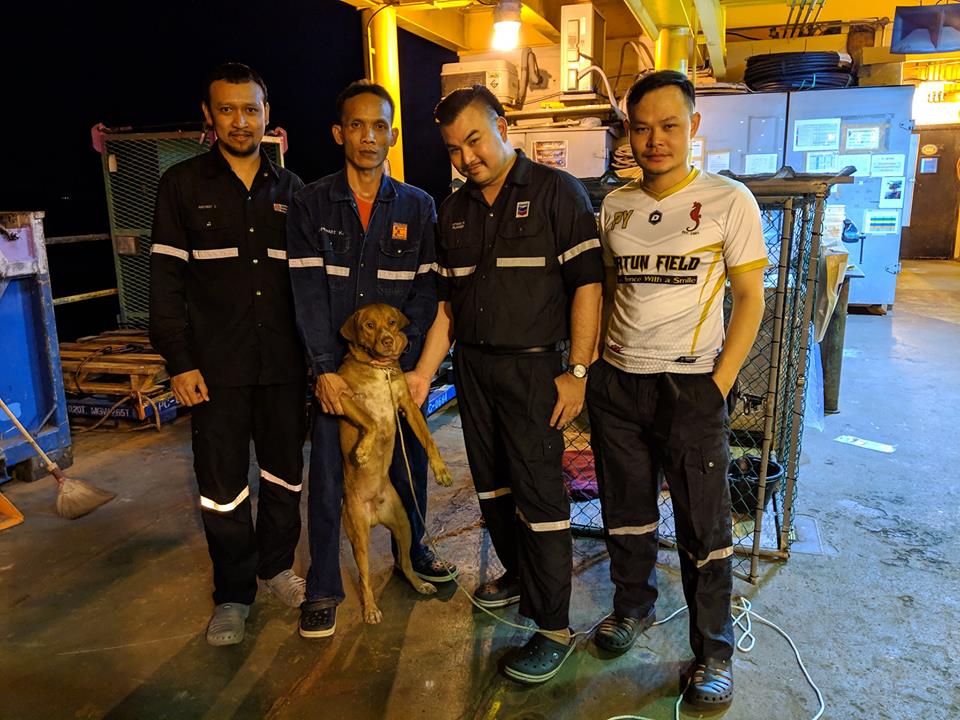 Payalaw wrote that the dog did not make a noise while he cling to the pole and that the workers raced to tie a rope around his neck so he wouldn’t be swept away by waves, according to the Bangkok Post. He looked “exhausted” but the workers gave him water and fed him some mineral supplements, Payalaw wrote.

The workers don’t know how the dog ended up in the water so far from the coast, speculating that he may have fallen from a boat, Payalaw said. They named him Boonrod, which means “the dog rescued by merit.”

Had the winds and waves not been calm that day, the workers may not have seen the dog, Payalaw said.

Boonroad was brought back to shore Monday morning, Payalaw told ABC News. His condition has been improving since he was plucked from the Gulf. 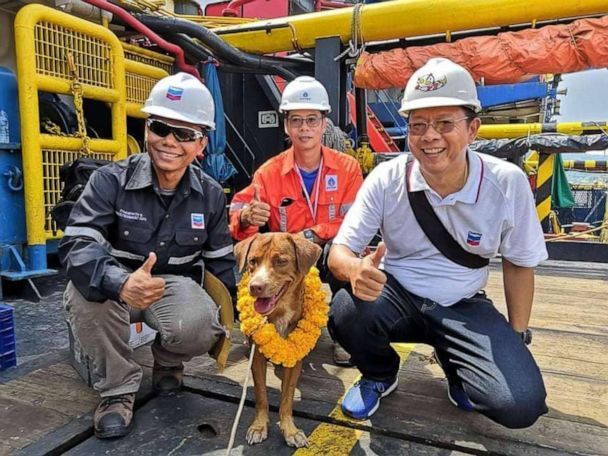 Payalaw plans to adopt the dog when he returns to shore later this month.