The Center for Disease Control reported Monday that more than 700 cases of measles have been confirmed in the U.S. this year, the largest outbreak since the disease was declared eliminated in 2000 and the most since 1994

Just 372 cases were confirmed last year, but that number has skyrocketed in 2019 as the disease spread in communities were people were not vaccinated as a baby. In particular, the disease is spreading in Orthodox Jewish communities. From 2015-2017 less than 400 cases combined were confirmed by the CDC.

In Michigan, 43 cases have been confirmed as of April 17. Of those 43 cases, 40 of them involved people from Oakland County.

The highly contagious disease can be spread very quickly as the virus can live up to two hours in the air where the infected person coughed or sneezed. Making matter more difficult, symptoms don’t usually show up for a week or two after exposure meaning it can be spread by people who’ve been infected but don’t know they have the measles and may assume it’s a cold or other illness.

Symptoms include a high fever, cough, runny nose, red and watery eyes, tiny white spots in the mouth and a red rash on the face that spreads to the extremities.

Health officials say the best way to prevent getting measles is to be vaccinated against the disease. If you’ve been exposed to the disease, a vaccine will begin working within 72 hours of exposure. 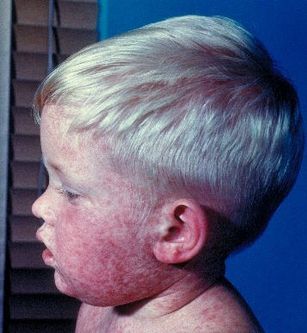 We can’t discuss the anti-vaxx movement without scrutinizing the specious premise that the measles vaccine is, on the whole, more dangerous than measles itself.

“The measles vaccine is highly effective and very safe. A single dose of measles vaccine protects about 95 percent of children, but after two doses, almost 100 percent are immune,” Michigan’s health department said in a press release.

“The first of two routine childhood measles vaccine doses is given at 12-15 months of age. A second vaccine dose is given before the start of kindergarten, between ages 4 and 6 years.”