MEXICO (Reforma Agencia). – The Santa Rosa de Lima Cartel, led by José Antonio Yépez “El Marro”, left a “narco-blanket” addressed to President Andrés Manuel López Obrador in which he warns that the violence in Guanajuato will not stop, if the military operation “Golpe de Timón” continues. The narco-blanket was placed on a bridge on Boulevard Constituyentes in Colonia Rosa Linda, in the city of Celaya.

The message alludes to the attack perpetrated by a group of armed sicarios in the Northern Command of the Celaya Police headqarters, to rescue Armando Soto González, alias “El Triste” who died later in a confrontation with federal forces.

According to the report, he was head of the Santa Rosa de Lima Cartel in the municipalities of Jerécuaro, Coroneo, Tarimoro, Tarandacuaro and Acámbaro. The blanket is allegedly signed by “El Marro” himself. 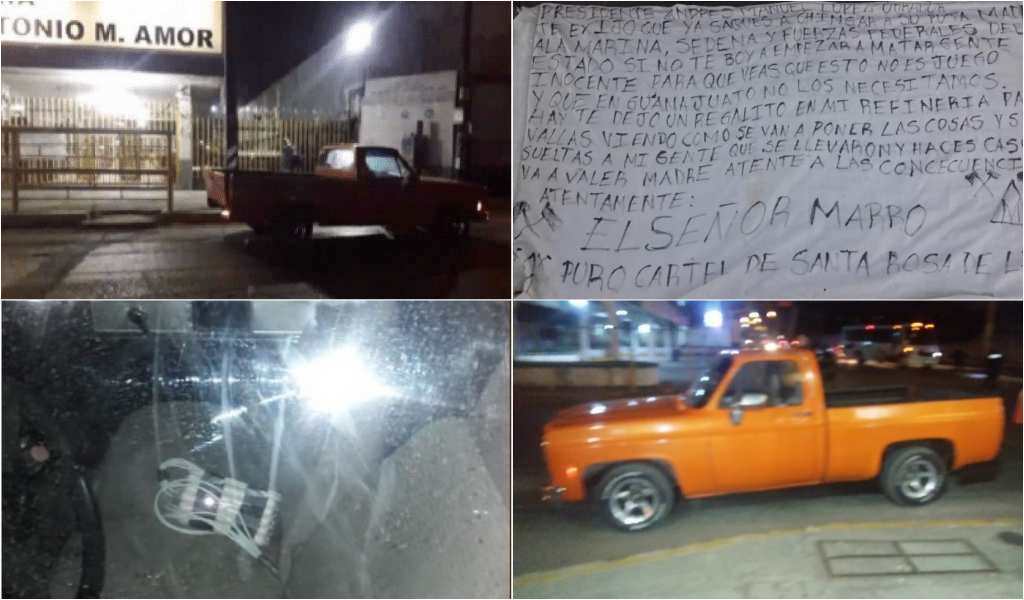 “You saw that I got involved with the North Delegation, I got involved because of the attacks by your police, and because you’ve taken down a number of my people, I’m going to kill twice as many, and for every person you fuck with, two of your people are going down,” warns the text. “If you continue sentencing more innocent police officers, next time the *gift I sent you to the refinery is going to reach Cuitláhuac #90 in Colonia Toriello in Tlalpan”. (In reference to the bomb sent to the refinery. The address is López Obrador’s house).

It is not the first time that a narco-blanket is found in Guanajuato threatening the President. On January 31, after the discovery of an explosive device aboard an abandoned truck at Gate 4 of the Salamanca refinery, a blanket was located where allegedly “El Marro” demanded the Mexican President to remove the Navy and Army from Guanajuato, as part of the fight against fuel theft.