UNITED STATES (seekingalpha.com/Lance Roberts). – There is a “crisis” brewing in America which will affect more Americans than the subprime crisis in 2008. What is it? It’s the pension and retirement crisis.

According to a recent report from the National Retirement Planning Week the three “legs” of the retirement “stool” are Social Security, private pensions and personal savings. None are in great shape.

I previously discussed the pension issue in the “Unavoidable Pension Crisis.” To wit:

“Using faulty assumptions is the lynchpin to the inability to meet future obligations. By over-estimating returns, it has artificially inflated future pension values and reduced the required contribution amounts by individuals and governments paying into the pension system.”

This is a critically important point to understand as it is why a vast majority of Americans are trapped in the same “quicksand” as pension funds and don’t realize it.

For years, Wall Street has espoused the “myth of compounded average returns.” This is the same myth which has not only infected pension funds, but has led to the same false sense of future financial security in personal retirement planning nationwide. An article from IBD further perpetuates this myth: 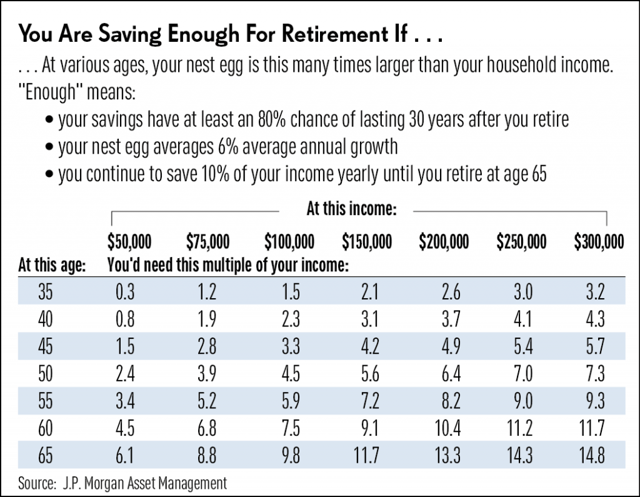 And there it is. The biggest mistake you are making in your retirement planning by buying into the “myth” that markets “compound returns”over time.

The chart below shows a compounded return rate of 4-8% with $5000 annual dollar cost averaging (DCA) contributions made monthly (as noted above 10% of $50,000 which is roughly the median wage), and using variable rates of return from current valuation levels. (Chart assumes 35 years of age to start saving and expiring at 85) 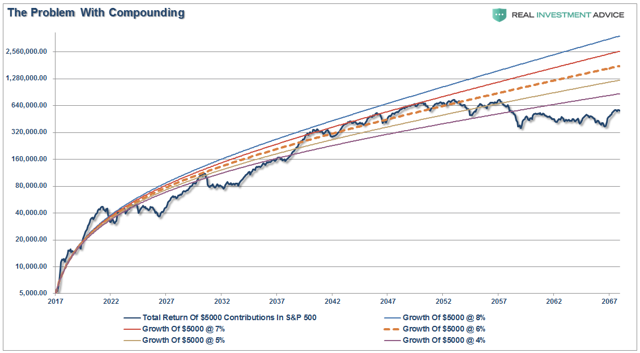 Just as with “pension funds,” the issue of using above average rates of return into the future suggests one can “save less” today because the “growth” will make up for the difference.