He also introduced the representatives of the Federal Police, Sedena and Navy that will integrate the “Institutional Operational Coordination”.

Mexico City. (Presidencia) – President Andres Manuel Lopez Obrador and Security Secretary Alfonso Durazo presented the Diplomat Brigadier General of the General Staff, Luis Rodriguez Bucio, in process of retirement, as command of the National Guard.
“It is very important that the constitutional reform has been carried out, to address the problem that most concerns millions of Mexicans, which has to do with public safety,” said the president in his morning conference.

Representing the Sedena will be General Xicotécantl Núñez Márquez; from the Navy will be the rear admiral of the infantry, Gabriel García Chávez; and representing the Federal Police, Dr. Patricia Rosalinda Trujillo.
In the case of the command of the National Guard, Luis Rodríguez Bucio, a retired brigadier general from the General Staff, will remain. 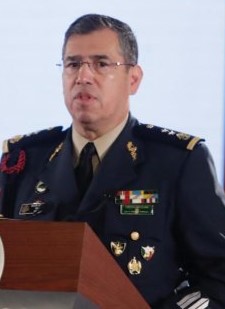