“You bring one person in, and you end up with 32 people…” (Trump on immigration)

Santa Maria, California – “You bring one person in, and you end up with 32 people.” With these words, Donald Trump condemned as “chain migration” the branch of American immigration law which in reality reunites families.

Even Michael Wildes, the lawyer who helped Viktor and Amalija Knavs, Melania Trump’s parents, to become American citizens, called the 45th president’s definition “unconscionable.” The first lady sponsored her parents using the same law, which allows American citizens to file for close family members, including parents, spouses, and minor children. This category of family members is not subject to annual quotas or waiting lists. Other family members may spend years on waiting lists. The family reunification law excludes grandparents, aunts and uncles, and cousins.

Everyone remembers the way Donald Trump began his presidential campaign in 2015, attacking undocumented immigrants, accusing them of being criminals. As president, he has continued this harsh anti-immigrant politics, leading to extremist interpretations of the law, even to the point of separating families seeking asylum. After a media storm including videos of children in cages crying desperately, Trump was forced to take a step backwards. A judge in San Diego ordered the government to re-unite the families of asylum seekers, and they have been working to do so, although the task remains unfinished.

Now, the 45th president has signaled that he wants to go even further, striking legal immigrants. The White House has changed the rules related to acquiring citizenship, something that could impact around 20 million people.

Trump intends to disqualify from citizenship anyone who has received government assistance, even including government contributions toward insurance through Obamacare, and the health insurance that poor children receive through CHIP (Children’s Health Insurance Program). Eight million children with at least one immigrant parent receive aid through CHIP, potentially blocking the parents’ access to citizenship. In effect, the new plan would discourage legal immigrants from using indispensable government services to which they are entitled.

Making citizenship more difficult to acquire rekindles the idea that legal immigrants ought to have enough personal resources to support themselves so that they don’t turn into the right-wing boogie man: welfare recipients. This is a myth, of course, since immigrants – whether fully documented or not – work and contribute to the American economy.

The main issue, however, is actually about the right’s negative view of both legal and illegal immigration. Trump’s harsh rhetoric and policies aim to build a political campaign around immigration, in order to dominate the midterm elections, less than three months from now. 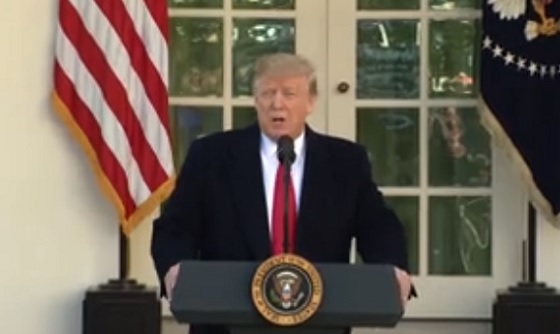 Stephen Miller, Trump’s far-right advisor, and architect of his anti-immigrant politics, has explained that in order to win in November, Republicans will need to focus the election around immigration. Miller intends to create a scenario in which Trump and Republicans are painted as defenders of the country with their toughness toward immigrants. On the other hand, Miller wants the Democrats to be seen as supporters of open borders and crime brought in by foreigners.

In effect, Miller is trying to blend unauthorized and legal immigration as criminal, suggesting that all immigrants are freeloaders. Neither Trump nor Miller seems to value the contributions of immigrants, forgetting that the United States – other than the indigenous peoples and most African Americans – is a country of immigrants.

The polls, however, are not on the side of the White House and their anti-immigrant line. The majority of Americans oppose construction of the Mexican border wall, and also oppose separation of families seeking asylum. The president, however, is interested in a different electorate. The overwhelming majority of Republican voters favor the wall, and would be willing to spend the 25 billion dollars necessary to do so. This enormous expense would not block all entry, especially given the fact that 40% of unauthorized immigrants come to America in airplanes, on temporary visas, staying on after those visas expire.

The numbers in the polls, however, are less important than the 50 percent of Americans who do not show up to vote – a number than can often reach 60% in midterm elections. It is primarily a matter of keeping a promise to the base of Trump followers, who see immigration through a negative lens, even though the great majority is made up of poor people, who Trump says come from “s…hole countries.”

Ingraham is right in the sense that America is changing, and that in the next twenty years or so, white people will no longer be the majority. Ingraham sees this change as something imposed from outside, reflecting the fear that white people are losing their rights. Trump, like other politicians in Europe, has cynically exploited this fear of immigrants for his own political advantage, and it’s obvious why he wants to continue the game through the midterm elections.

The polls ought to worry him, though. The odds are in favor of the Democrats taking back the House, and perhaps even the Senate. The fear of immigrants, legal or illegal, as the basis of a political campaign, has its limits. In the final analysis, however, if the Democrats win in November, it won’t just be a victory over fear. It will also demonstrate that Trump’s political adversaries draw strength from his performance.

Translated from Italian by Linda Maceri

Domenico Maceri, PhD, is emeritus professor of romance languages at Allan Hancock College, Santa Maria, California. He is the author of a book on Pirandello, one on Spanish grammar, and another on Italian grammar. He has also published a number of articles in newspapers and magazines around the world, some of which have won awards from the National Association of Hispanic Publications.