Tourists welcomed the spring at Dzibichaltún

Hundreds of domestic and foreign tourists came to Dzibilchaltún to witness the spring equinox.

The sun arrived on time to his appointment at the Temple of the Seven Dolls on March 21.

The wait that began in the twilight and with the moon in front of the Temple of the Seven Dolls was rewarded when this phenomenon was fully observed and appreciated by the tourists.

Our solar system star began to ascend above the temple, while many people sought to reach that energy raising their hands and others joined them, as if making a prayer.

Shortly before seven o’clock people began to retire delighted by the experience. 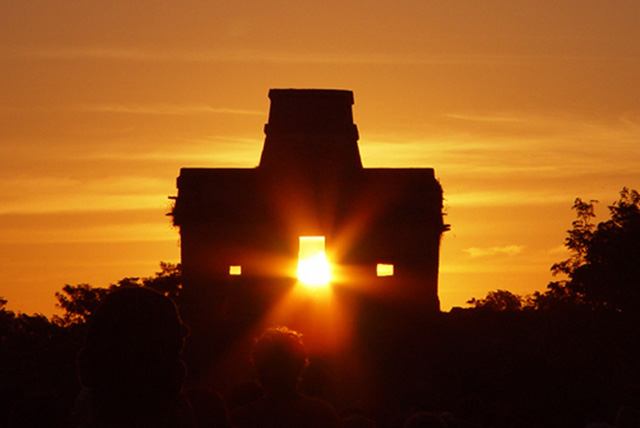 TYT Newsroom with information from yucatanalamano.com