Mexico.- Tacos al pastor is the Mexican street dish par excellence. Everyone has their way of defining the perfect preparation: with or without lemon, with red or green sauce, with and without vegetables, but there is always something in common: marinated pork and accompanied with pineapple slices.

According to the Taste Atlas site Tacos al Pastor heads the list of the 100 best qualified foods in the world by experts in gastronomy and chefs, because this Mexican appetizer obtained a 4.5 rating of 5 stars, which is followed the Brazilian churrasco and the Neapolitan pizza.

Also, Mexico has two more contributions to this list of international dishes, as the chile relleno, has a rating of 4.3 stars and enchiladas a score of 4.2. Taste Atlas is considered the Google Maps of food, because its creator, Matija Babic, invented it with the idea that it was a type of map with the typical dishes of each country, later with the help of experts, select the best world. 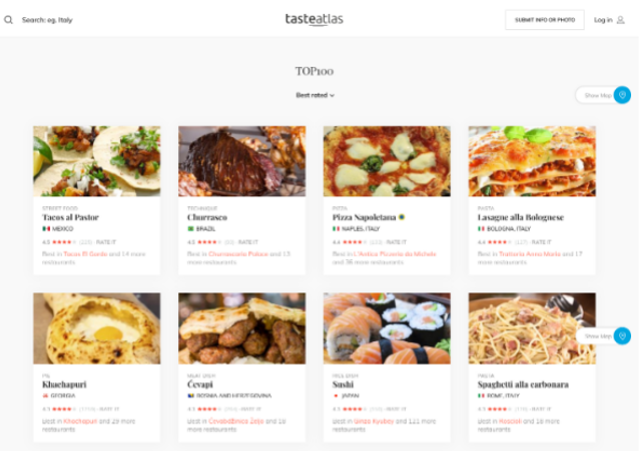 There are many stories about the creation of this typical Mexican dish, however: Did you know that Tacos al Pastor have their ancestry from the Middle East?

In the 20’s when the Lebanese came to our country, they brought with them traditions and a vast culinary baggage, among which was the “shawarma” made with lamb meat. According to historians, the preparation was lamb meat marinated with different spices, cooked on a spinning spit and was served on a pita. That was the direct antecedent of the tacos al pastor.

The place where his appearance is registered was in Puebla. The poblanos called it “Arab tacos” but since the lamb was not uncommon in our country, it was replaced by pork. It is not known exactly when we started preparing tacos al pastor as we know them now, but many experts say that it all begin in the taqueria “El Tizoncito” in the 60’s.

One way or another… Today is always a good day for some “taquitos al pastor”. Enjoy!