Tired of being a Trump supporter and not finding a date? We have good news for you!

CLEVELAND, Ohio — Love, dating and relationships can be so complicated, especially now that politics and partisanship are dictating the way people engage in life relations.

A study done by the “Pew Research Center” showed that nearly two-thirds of conservatives and about half of liberals say most of their close friends share their political views. Currently, dating apps have the option to put your preference regarding political views such as liberal, conservative or independent.

For those who struggle or cannot find a date, there are courting apps looking to help people in general, but, in order to navigate the quicksands of political division, a new app has hit the scene, its name: “DonaldDaters”.  No… it is not a joke. According to fox8.com, it was created by Cleveland native Emily Moreno. 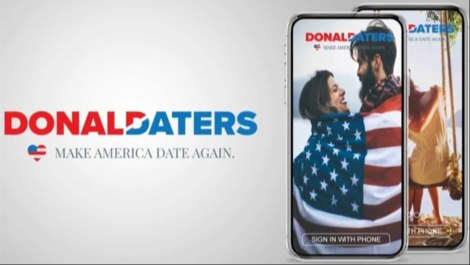 “I have friends that were constantly talking to me about the fact that they were not able to get a date because of who they supported and so rather than just feeling sorry for my friends, I decided to go out and do something about it,” Moreno explained.

After the app launched has over 30,000 downloads and in their words, ‘without bias and liberal intolerance’.

DonaldDaters isn’t the first dating site to pull at people’s political heartstrings. There’s also liberalhearts.com and conservativesonly.com Who knows… You may find the man or woman of your dreams, your perfect match on one of these sites.

Emily Moreno the CEO of DonaldDaters says this started as a ‘passion project’.  She runs the business from Washington, D.C. where she works another full-time job and “DonaldDaters” has a team of paid employees in their Cleveland office.